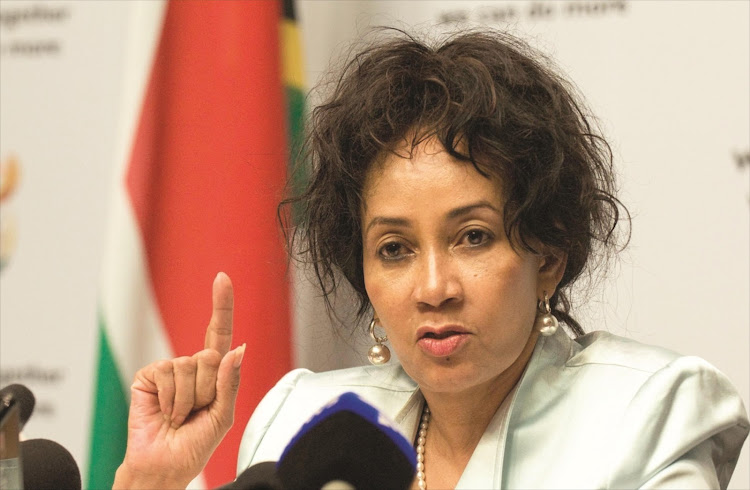 Water and sanitation minister Lindiwe Sisulu has angrily dismissed the DA's criticism of the appointment of her latest adviser, former minister Susan Shabangu, saying she is more experienced than any DA MP.

Sisulu, along with her director-general Mbulelo Tshangana, was responding to MPs from the standing committee on public accounts (Scopa) over investigations into cases of irregular, wasteful and fruitless expenditures amounting to billions of rands.

But DA MP Emma Louise Powell wanted Sisulu to explain the rationale behind her decision to appoint Shabangu, a fomer social development minister, as one of the new members of a her ministerial advisory committee on the stabilisation of and efficient functioning of the water sector.

Powell argued that Shabangu was not an expert on water management issues.

While close to 20,000 water tanks have been delivered throughout the country, some communities in the Eastern Cape have encountered problems in the ...
News
2 years ago

The move comes against the backdrop of Sisulu's other controversial appointments to her advisory committee, including another former intelligence chief Mo Shaik.

The appointments have also previously been criticised by insiders within the department, who argued that Sisulu was underutilising technical experts permanently in the employ of water and sanitation while relying on outsiders.

Sisulu, who is also responsible for the human settlements portfolio, has also been previously criticised for appointing former minister Bathabile Dlamini as chairperson of the Social Housing Regulatory Authority interim board.

But Sisulu on Tuesday defended the appointment of Shabangu, who quit parliament last year after failing to make it into President Cyril Ramaphosa's cabinet following the 2019 general election.

Sisulu told MPs that Shabangu was far more experienced in issues of governance than most MPs from the official opposition party.

"She has the necessary experience and this why I took her.

Buthelezi will replace acting director-general Dr Anban Pillay, who has recently been caught up in a storm involving Medical Research Council ...
News
2 years ago

"I'm very proud of the work that she's put in."

Sisulu also rejected concerns by EFF MP Veronica Mente about the department's decision to enlist the services of prominent lawyer Terry Motau to conduct a conduct investigations within the water sector.

Motau is better known for his forensic investigative report issued in 2018, The Great Bank Heist, which detailed how the VBS Mutual Bank had been looted by ruthless executives and politically connected individuals.

Mente argued that Motau had previously done unsatisfactory work for the department, but Sisulu would not have any of that.

"What's outstanding about Terry Motau? I am surprised that MPs should ask that. He's a trailblazing [lawyer, with a] very good track record. We will put it on the website and we'll give it to all MPs, so that they know why we chose him. He's had outstanding results and we're expecting that he'll have outstanding results for us as well," she said.

Only 13 of 138 'corrupt' water officials have been dismissed

A staggering 138 officials in the department of water and sanitation department were found guilty of corruption, fraud and maladministration - but ...
Politics
2 years ago

The Eastern Cape education department is scrambling to hire 800 unemployed people to help in the first phase of schools reopening next week. These ...
News
2 years ago

The SA Medical Research Council, which had previously expressed disappointment and embarrassment after its head, Professor Glenda Gray, openly ...
News
2 years ago