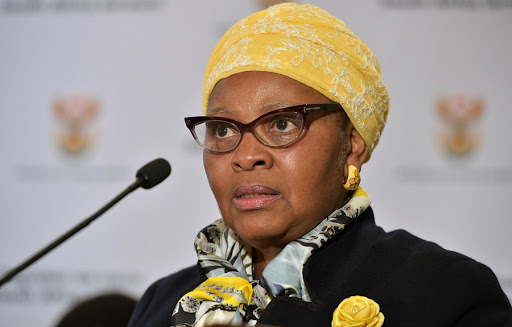 The fall of state-owned defence company Denel and budget cuts by the Treasury have led to the collapse of the defence industry in the country.

This is according to defence minister Nosiviwe Mapisa-Nqakula, who was appearing in front of parliament's defence and military veterans portfolio committee on Wednesday.

She said her department had several projects at a standstill because there were no resources to proceed.

“It’s obvious that therefore your defence industry will collapse ... The challenges of Denel in particular, which is a state-owned entity ... who we rely on for production of our own equipment for the [SANDF] ... that has also impacted on the collapse of the smaller companies because they outsource and they are unable to pay the smaller companies.”

The SA National Defence Force members, who were allegedly involved in the death of Collins Khosa in Alexandra, Johannesburg, have been suspended
News
1 year ago

The minister said when people speak about the collapse of the defence industry in the country, it was because of the budget cuts, coupled by the inability to “do certain things within the state-owned entity itself”.

Mapisa-Nqakula was also forced to admit that her department was in disarray due to budget shortfalls. “We are therefore in the dilemma of lacking financial resources for the mandate of the defence function, as per the 2015 defence review.”

She said there had been vigorous engagements between her department, the Treasury and the department of public service and administration to find a solution to funding challenges for the rejuvenation of the SANDF.

Mapisa-Nqakula said her department has had to move money from goods and services in the department to be able to fund salaries.

But despite these challenges, she said South Africa had a capable, fighting force.

The public enterprises department has told parliament that Denel's cash is tied up in orders that it can not complete during the Covid-19 lockdown - ...
Politics
1 year ago

This was after MPs raised fears about the capabilities of the SANDF due to its financial difficulties.

Mapisa-Nqakula further said the reality was that no matter how hard they tried in their discussions with the Treasury, they were told that the department was not being targeted but that the problem was with the fiscus.

“Even now as I am talking, because of the economic situation which prevails in the country, there are all indications that there may be a further cut to the baseline,” she said.

The minister said her department was contemplating disposing of some of the assets they no longer require to be able to get money to help in the rejuvenation of the SANDF.

She said it was clear that in the near future there will be no special defence account.

"What we are basically saying as the country is that the defence force does not need capabilities. Now when you don't have capabilities, effectively what you are saying is that you don't need the South African National Defence Force to exist."

Soldiers will now move beyond just enforcing the lockdown regulations on the streets, with the additional personnel set to screen people at ...
News
1 year ago

WATCH | 'A Soldier's family deploys with him': fighting the war on Covid-19

Our defence force must always be ready to protect, despite budget shortfalls

Reported incidents of unlawful acts by members of the South African National Defence Force (SANDF) since its deployment in support of the police to ...
Opinion & Analysis
1 year ago