The live stream is scheduled to start at 11am 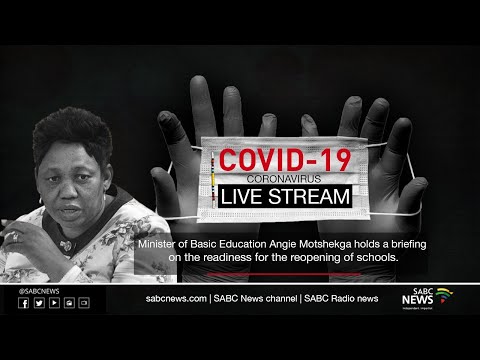 Education minister Angie Motshekga is on Monday morning expected to provide clarity on the department's readiness for the reopening of schools.

The minister was set to address the nation at 4pm on Sunday, but this was postponed to 6pm. Parents and pupils were later informed that the briefing had been postponed again, to 11am on Monday.

The department announced that the reopening of schools had been postponed to June 8 as a “substantial number of schools” in some provinces had still not received personal protective equipment (PPE).

Meanwhile, the Western Cape province said schools would reopen on Monday as it had spent millions on PPE for teachers, pupils and general government staff, according to TimesLIVE.