No final word yet on Collins Khosa's death, says Mapisa-Nqakula

Defence minister Nosiviwe Mapisa-Nqakula says there is no final word yet on the Collins Khosa incident and any culpability that might be established for his death.

Mapisa-Nqakula said this on Friday as she announced that though an SANDF board of inquiry had found no-one liable for the death of Khosa, she had instructed the military ombud to conduct a further investigation into his death.

The department of defence said it was envisaged that the military ombud would conduct and conclude its investigations and report within eight weeks.

Khosa, 40, of Alexandra, died on April 10, allegedly after an altercation with soldiers and Johannesburg metro police. 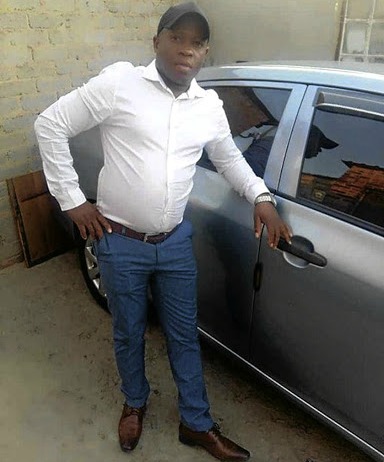 Collins Khosa died after an altercation with soldiers at his home. The defence minister has asked the military ombud to investigate.
Image: Supplied

After his death, his family went to court to force the security forces to take steps against those implicated in his death.

On May 15, the high court in Pretoria granted a number of orders, including a declaration that all people in SA were entitled to a number of rights which could not be suspended, even during the Covid-19 state of disaster.

The defence department on Friday said Mapisa-Nqakula was on record as confirming that no aspect of the Khosa judgment by the high court in Pretoria would be appealed.

The court also ordered the minister to ensure that internal investigations into the incidents relating to the treatment of Khosa, and other members of the public whose rights may have been infringed on April 10, be completed and reports be furnished to court on or before June 4.

Mapisa-Nqakula said the affidavit to comply with this order was filed by a representative of the SANDF, and in that affidavit there was a final report of the internal SANDF board of inquiry.

Mapisa-Nqakula said she filed a confirmatory affidavit regarding the final report of the board of inquiry.

Defence minister Nosiviwe Mapisa-Nqakula says that members of the army allegedly involved in the death of Collins Khosa have not been cleared.
Politics
2 years ago

She said the board of inquiry had not been convened by her and did not report to her and thus what was confirmed to the court is that the SANDF had completed its internal investigation within the stipulated time frames as per the court order.

“However, and consistent with the SANDF’s affidavit and the minister’s confirmatory affidavit to the court, a criminal investigation is still ongoing by the SAPS.”

The department said the minister, acting in terms of section 6(11) of the Military Ombud Act (4 of 2012), had assigned to the military ombud the function to conduct further investigations into the Khosa incident.

“It is envisaged that the military ombud will conduct and conclude investigations in this regard and report within a period of eight weeks.

“For these reasons, there is not yet a final word on the Khosa incident and any culpability that might be established for his death.”

The C-19 People’s Coalition has rejected the SA National Defence Force (SANDF) board of inquiry's findings that there was no link between Collins ...
News
2 years ago

Lawyers representing the family of Collins Khosa, who was allegedly killed by soldiers, will lodge a review of the SANDF report that cleared troops ...
News
2 years ago

A lack of respect towards female soldiers and provocation were cited by a SANDF board of inquiry as the cause of a lockdown altercation prior to the ...
News
2 years ago