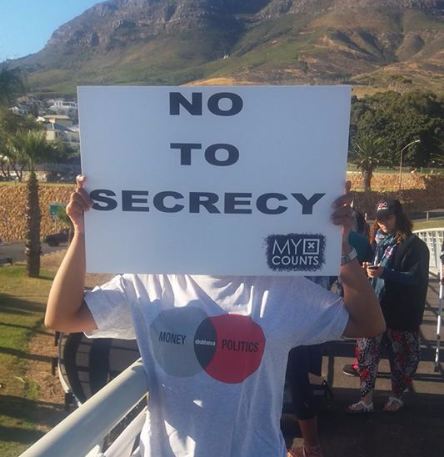 President Cyril Ramaphosa has sent the so-called "secrecy bill" back to parliament due to concerns on its constitutionality.

Ramaphosa’s move can be seen as a win for whistleblowers, media freedom and free speech.

He sent back the bill - officially known as the Protection of State Information Bill - earlier this month, citing concerns about its constitutionality.

The bill has courted controversy and criticism since it was first mooted in 2008. It saw opposition for most of former president Jacob Zuma’s years at the Union Buildings.

Civil society and opposition parties have long protested against the proposed legislation, saying it would criminalise media freedom and was meant to protect the ruling ANC, which has dogged by corruption scandals over the years.

The main concern from its critics was that the bill could be used to prosecute whistleblowers and stifle freedom of the press through its criminalisation of the possession of classified documents. It was also criticised for its vagueness on who had the power to classify such documents as top secret.

This will be the second time the bill is referred back to parliament, after Zuma initially did so for “minor editorial issues”.

In his letter to National Assembly speaker Thandi Modise earlier this month, Ramaphosa raises serious concerns about the constitutionality of the bill.

“The bill limits the freedom of the media (and everyone else) to access or receive and impart information. This is a limitation of section 16 [of the constitution]. The bill also prohibits people from accessing certain information held by the state. This limits section 32.

He further argued that the bill may open to a constitutional challenge for being vague where it gives powers on who has the authority to classify documents, as it refers to any head of an organ of state who can then delegate these powers to a staff member at a “sufficiently senior level”.

“'Sufficiently senior' is an undefined term, and it is unclear who can designate staff members, and how such designation is determined. This leaves these provisions of the bill open to constitutional challenge for being impermissibly vague and in violation of the constitutional principle of legality, as enshrined in section 1 of the constitution.”

MPs want to prescribe a deadline by which President Cyril Ramaphosa should enact bills passed by parliament, saying the delays in signing bills into ...
Politics
1 year ago

When Nadine Gordimer gets worried, there is probably cause to worry. The Nobel laureate has been an acutely sensitive barometer of South Africa's ...
News
7 years ago

The Protection of State Information Bill must be sent to the Constitutional Court for ratification before it is signed into law, the SA National ...
News
7 years ago