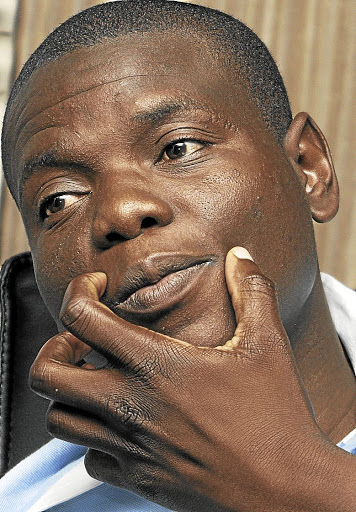 More than 50% of inmates housed in the country's correctional facilities are still awaiting their day in court. .

This is according to justice and correctional services minister, Ronald Lamola, who appeared before the parliamentary portfolio committee on Wednesday afternoon.

Addressing the committee, Lamola told of overcrowding in the country's correctional facilities. He said that an analysis of the facilities under his department showed that more than 50% of people of the inmates were still awaiting trial.

This is despite President Cyril Ramaphosa's announcement of a remission of sentences in December last year, which saw a large number of prisoners released early and this year's parole approval forced by the Covid-19 outbreak

“The rate of imprisonment in our country for awaiting-trial offenders is increasing at a rate which requires us to interrogate the linkages in our criminal justice systems.

“An analysis of our inmate population to date reveals our bed space in correctional services currently sits at 118,572, whereas we have a total of 149,330 inmates with 96,272 sentenced inmates and 53,058 remand detainees.

“In other words, honourable members, 55.1% of our inmate population are yet to have their day in court,” said Lamola.

He said the large number of remand detainees was a reflection of the country's socio-economic conditions.

Lamola said the majority of the prison population in SA were people from disadvantaged backgrounds, in particular, young black males.

“Some are in our centres for economic crimes such as shoplifting, stealing and robbery. There are also those who have committed heinous crimes.

“The high number of those who have committed economic crimes has prompted us to ask ourselves whether incarceration should be the only option at our disposal. We are asking this question cognisant of the fact that sentences for such crimes are short term, thus resulting in sentenced offenders not benefiting from effective rehabilitation from correctional centres,” said Lamola.

He said short-term incarceration for such offenders did not give enough time for the correctional centres to reform and rehabilitate offenders.

Lamola said overcrowding was a challenge and that teams continued to work to reduce the phenomenon but Covid-19 had made the matter more urgent.

He said, however, the department was in a process of creating space for an additional 3,000 beds through upgrades and construction of new facilities.

But Lamola said that the creation of additional space may not solve the problem because of the high crime rate in SA.