Booze has contributed to rise in gender-based violence, says minister 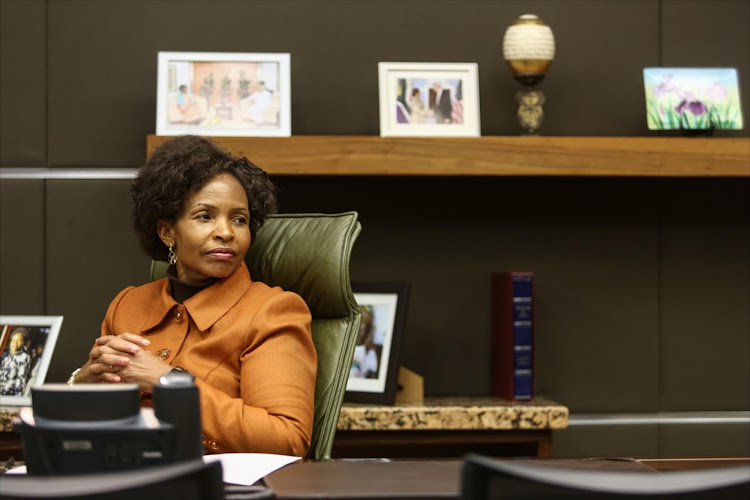 Nkoana-Mashabane told MPs during a debate on gender-based violence in the National Assembly that the role played by alcohol in gender violence could force the government to reconsider lifting the ban on alcohol sales.

“Illegal liquor outlets have been closed - 310 of them. But even the legal ones need to take responsibility,” she said.

“Before we have a total shutdown on liquor outlets, can they also join in campaigning that there is drinking that is responsible and that liquor should not become a menace in our society?”

Nkoana-Mashabane said in June alone, at least 30 women had been “slaughtered” in their homes.

ANCWL president Bathabile Dlamini has called on the government to take gender based-violence as seriously as it does the coronavirus pandemic.
Politics
2 years ago

“This June, in the middle of a pandemic that is marauding the entire globe, South African women felt triply short-changed again by poverty, unemployment and by being women. The pandemic found them already being slaughtered like sheep in their own homes,” she said.

“The zeal we want to give to fighting Covid-19, may we - all of us, men and women, in particular the progressive men - make sure that we say kwanele, enough is enough.

“Police, and everybody, it should be the last time we sit in this parliament and hear of how raped  women must go walk protecting the semen of her molester between her legs until the following day.”

She said the government was making progress in its efforts to combat gender-based violence but the onus was in part also on women to walk away.

“Minister [of public enterprises and infrastructure Patricia] de Lille spoke of shelters that they are trying to support us with - but if these mothers who love and decorate their homes and bring up their children refuse to get out and save their skins and try and protect those homes, they will be killed.

Protesters dressed in black held up signs as victims of sexual abuse spoke openly about their experiences.
News
2 years ago

“They are not raping and killing themselves, they are not the perpetrators, but they must still leave and go to a shelter.

“In the past it used to be women who don’t have it all [who were most vulnerable], but even women who are educated, who have good jobs, it [abuse] starts even with those who work for government. This thing is no longer a joke - it must end now, with the support of government and society.”

Nkoana-Mashabane conceded that much-needed forensic kits were not readily available at all police stations.

“Evidence collection kits are now available in many of the police stations where they were not before. I agree, I cannot attest that they are in all police stations but we have been working with minister [of police Bheki] Cele  in the committee which the president has formed to make things better,” she said.

"But the last time I had a conversation with him in tears he was saying now he is being asked to put a policeman next to every bedroom so I think we need to look at that.”

Some MPs on Tuesday called for the reinstatement of the alcohol ban as well as a responsive and accountable justice system during a National Assembly ...
Politics
2 years ago

The Restaurant Association of SA has sent trade and industry minister Ebrahim Patel a lawyer's letter demanding to know why alcohol cannot be sold to ...
News
2 years ago

Higher prices, a drinking age of 19 and a ban on all alcohol advertising are among the measures demanded by experts on Thursday in response to the ...
News
2 years ago

'My adrenaline was pumping and everything happened so fast,' Julian Glenister told TimesLIVE about Saturday's incident.
News
2 years ago