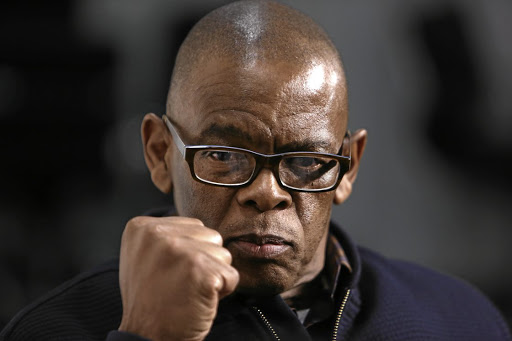 The ANC leadership has thrown its weight behind a proposal for electoral reform, secretary-general Ace Magashule told the media on Wednesday.
Image: Alon Skuy

The ANC national executive committee has thrown its weight behind a proposal for electoral reform which would see a single election as opposed to two separate events.

Secretary-general Ace Magashule told the media on Wednesday afternoon that the party would now hold talks with other parties who shared the same view, given that such a change would require an amendment to the constitution.

“We are calling for a single election: a synchronised election by all spheres of government. Obviously that will need an amendment of the constitution and if you have to amend the constitution, we will engage other parties,” said Magashule.

The Independent Electoral Commission has urged parliament to move with speed in amending the electoral system to enable independent candidates to ...
Politics
1 year ago

“The EFF has also made a point about one single election. There are of course many other parties and we will engage them as well. If we agree then we will have to amend the constitution.

“As South Africans I am sure it might be better to have one single election because you can then deal with many other issues, including party funding.”

He said while the ANC was not directly calling for the postponement of next year’s municipal elections, it was aware of the challenges brought about by the coronavirus pandemic, which could affect elections. This meant a postponement of the election was not being ruled out.

ANC chief whip Pemmy Majodina has accused the judiciary of “overreach” after the Constitutional Court judgment allowing independent candidates to ...
Politics
1 year ago

In recent weeks the party’s national working committee (NWC) announced that it wanted the party to begin discussing electoral reform, which would also include the possibility of electronic voting.

“The NWC noted that the Covid-19 pandemic has, and will continue to have, a major impact on all aspects of our national life — including the manner in and time at which elections are held,” said Magashule. “It noted that the pandemic has resulted in the electoral court ordering the postponement of a number of municipal by-elections. It also noted that public participation processes for the delimitation of municipal wards in preparation for local government elections in 2021 have been delayed by the pandemic.”

Among the reforms the NWC has touted are:

The Constitutional Court on Thursday ruled that the Electoral Act was unconstitutional - opening the door for independent candidates to stand for ...
Politics
1 year ago

Herman Mashaba, former mayor of the city of Johannesburg and founder of The People’s Dialogue, has called for parliament to amend the Electoral Act ...
Politics
1 year ago

Parliament must ensure that there is adequate public consultation and participation in determining the most appropriate electoral system for SA.
Politics
1 year ago