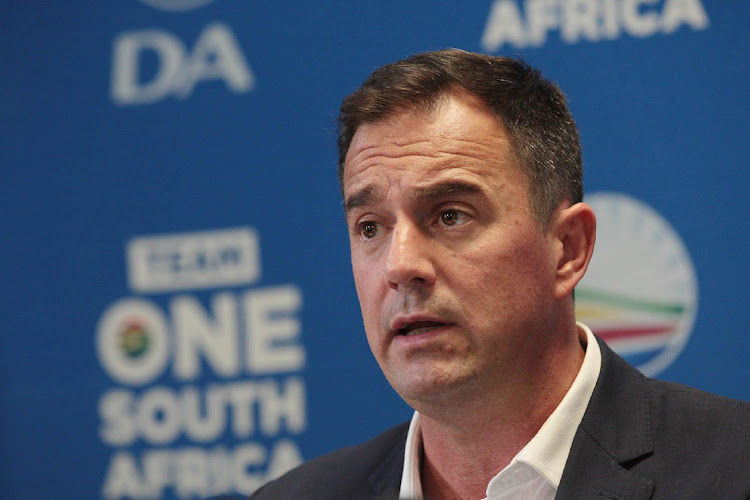 DA interim leader John Steenhuisen says the party will take its challenge of the government's lockdown regulations to the high court after being prevented from doing so in the ConCourt.
Image: VELI NHLAPO

South Africans will have to wait longer to know whether the legislation used to impose the lockdown is constitutional, after the Constitutional Court refused to grant the DA direct access to challenge it.

The apex court on Wednesday dismissed the DA’s application for direct access to the court, saying it was not “in the interests of justice” to hear it at this stage, BusinessLIVE reported.

This now means that the DA, which has already lodged an application at the high court in this matter, will have to follow the standard route of first having the case heard in the high court.

Co-operative governance & traditional affairs minister Nkosazana Dlamini-Zuma can appeal against the blanket declaration of invalidity of SA’s ...
Politics
1 year ago

The Disaster Management Act is the framework used to impose SA’s national lockdown under a state of disaster, which has been in place since March to curb the spread of the coronavirus.

The opposition party brought the challenge to section 27 of the act, on the basis that it breached the separation of powers, among other issues.

It argued that the act was unconstitutionally delegating the legislature’s powers to the executive, that it was permitting something similar to a state of emergency without the same checks and balances being in place, and that the act did not provide for oversight by parliament.

The party's federal council chair Helen Zille said the order dismissing the DA’s application was “very disappointing” as the party believed it was a very urgent matter.

DA leader John Steenhuisen said the party would now move to get a date for the matter in the high court as soon as possible, but that the merits of the case remained the same.

“We’ll continue the fight as its an important fight to have,” he said, adding that it was a pity as the case would likely end up in the ConCourt, either way.

The Freedom Front Plus has also brought a challenge to the constitutionality of the act in the high court. Judgment in that matter has been reserved.

The high court in Pretoria on Wednesday dismissed an application by Mmusi Maimane's One South Africa Movement (OSAM) which sought to set aside the ...
News
1 year ago

The DA has submitted a complaint to the state capture commission, asking it to investigate claims that the ruling ANC's cadre deployment policy had a ...
Politics
1 year ago

The Constitutional Court should throw out the DA's court challenge to the Disaster Management Act because the relief it seeks would, if granted, risk ...
News
1 year ago