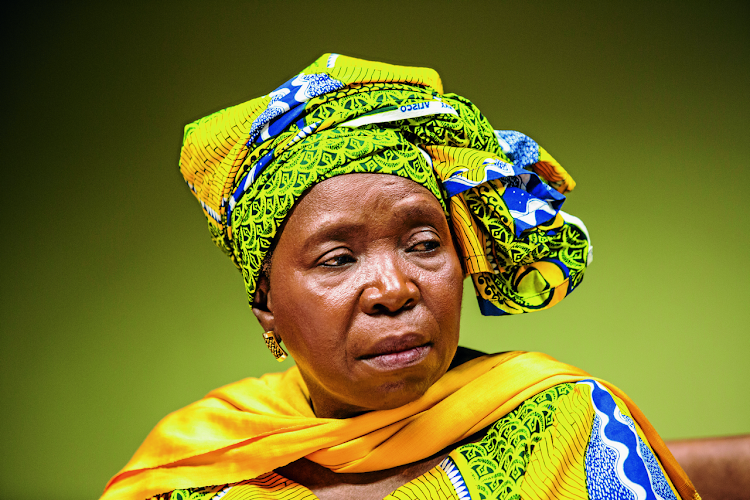 Co-operative governance & traditional affairs (Cogta) minister Nkosazana Dlamini-Zuma can appeal against the blanket declaration of invalidity of SA’s lockdown regulations, but still has to amend some of them in the next 10 days.

Dlamini-Zuma asked the high court in Pretoria for leave to appeal a judgment by the same court which declared, with the exception of just a few, that all regulations governing levels 3 and 4 of the Covid-19 lockdown were invalid.

SA has been governed under a state of disaster since March and has been under various levels of lockdown. The regulations caused controversy as they severely limited the freedoms of citizens.

Judge Norman Davis said in a judgment handed down on Tuesday that Dlamini-Zuma had been granted leave to appeal the “blanket” declaration of invalidity in the Supreme Court of Appeal, according to BusinessLIVE.

However, he said the appeal in respect of the specific regulations mentioned in the original judgment, such as those relating to funerals, hairdressers, limitation on exercise, opening of parks and childcare, was dismissed.

'Cigarettes are not essential': Court orders tobacco ban to stay in place

"The fact that a substance is addictive does not render it essential," three high court judges ruled.
News
1 year ago

Davis said the minister now had 10 business days to review and change the specific regulations listed in the judgment.

“Ironically, though, the factual position is that some of these regulations may already have been ‘corrected’, if not in respect of the constitutional approach, then at least to a larger or lesser degree in respect of the rationality requirement,” Davis writes in the conclusion of his judgment.

In June, Davis found that regulations promulgated by Dlamini-Zuma in respect of lockdown levels 4 and 3 “in a substantial number of instances are not rationally connected to the objectives of slowing the rate of infection or limiting the spread thereof”.

The judge further struck down the regulations formulated by the government under the Disaster Management Act as “unconstitutional”, and gave the minister two weeks to “review, amend and republish” some regulations.

The court challenge was lodged by Reyno de Beer and Liberty Fighters Network against Dlamini-Zuma. It was the first successful legal challenge to the measures put in place by the government when the country moved to level 4 of the risk-adjusted strategy on May 1.

In her application for leave to appeal, Dlamini-Zuma argued:

Davis found that all these arguments, except the wholesale declaration of invalidity, would not be successfully appealed and dismissed her application for leave to appeal on those points.

The judge also raised the issue of the “changing factual landscape”, and it was relevant to the application for leave to appeal that the regulations had been amended numerous times.

He said no indication had been given by Dlamini-Zuma that these amendments were in response to the initial judgment, or whether they were simply made in the course of dealing with the pandemic. Similarly, no indication was given by the minister about whether the evaluative exercise required by the proportionality test envisaged in section 36 of the constitution had been undertaken this time.

Davis said some of the relief or grounds on which it had been claimed had become moot as regulations had been changed. He said Dlamini-Zuma was, however, silent on these issues and the application was dealt with as if no issues were moot.

The high court in Pretoria on Wednesday reserved judgment in an application for leave to appeal a judgment passed earlier this month that lockdown ...
Politics
1 year ago

The country has derived maximum benefit from the national lockdown and it is now up to citizens to take the correct steps to curb the spread of ...
Politics
1 year ago

The government has received more than 100 legal challenges against its coronavirus lockdown and regulations since they were introduced almost three ...
Politics
1 year ago