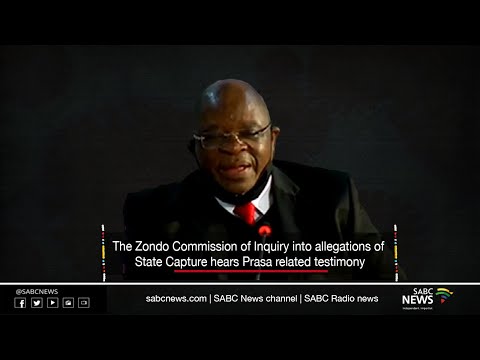 The state capture commission will on Thursday continue to hear evidence related to the Passenger Rail Agency of SA (Prasa) from the commission's investigator Clint Oellermann.

Prasa board chairperson Popo Molefe wrapped up his testimony about alleged corruption, fraud and maladministration his board had identified during his term.

Commission chairperson deputy chief justice Raymond Zondo said it was puzzling that authorities from law enforcement, the executive - then and now - as well as parliament had not pushed for the recovery of lost taxpayer money from those who unduly benefited.

What made the Prasa looting difficult to stomach, Zondo added, was that it was not small amounts that had been stolen, but billions of rands.

The commission is also expected to hear testimony from Prasa's general manager for legal, Fani Dingiswayo.