Combining elections will be difficult but it's up to you, IEC tells MPs 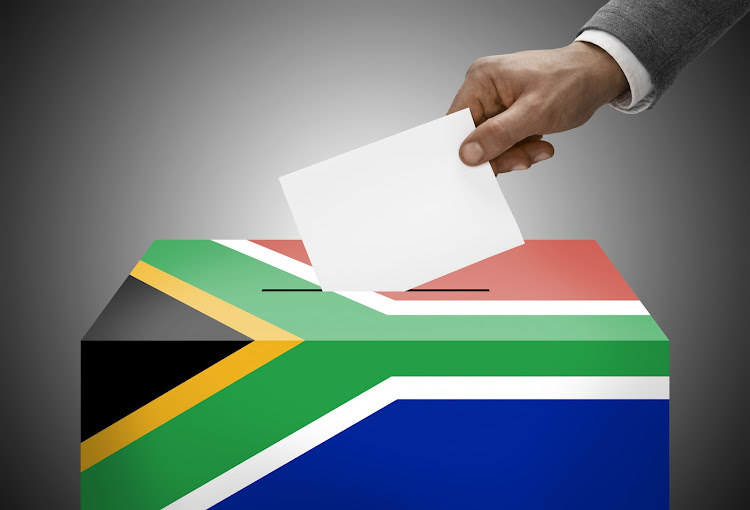 IEC vice-chairperson Janet Love says combining elections will be a policy decision in the hands of politicians and parliament.
Image: 123RF/niyazz

The Electoral Commission (IEC) has thrown the ball back into politicians' courts, saying it was in their hands whether SA combined local government polls with provincial and national elections.

IEC vice-chairperson Janet Love said combining elections would be a policy decision, a matter that was in the hands of politicians and parliament.

“For example, a combined election means you focus your efforts once in five years on one day. That's potentially a very big advantage because of the cost to political parties [and] to the state for an election.

“The disadvantage is the possibility for you to go out to your constituencies ... to the electorate to engage in electoral processes, is once in five years rather than once in two and a half years.”

IEC toys with online voting in SA, but stays mum on details

The Electoral Commission is considering online voting in SA - but it is keeping mum about the details for now, saying a proposal is being developed.
Politics
1 year ago

MPs had asked the IEC, which was appearing before the National Assembly's home affairs portfolio committee to talk about its readiness for next year's local government elections, to comment on the public debate about having one election.

Love said that if MPs wanted to combine elections, a key challenge would be around the time frames.

“You are currently elected until 2024. If you elect local government next year for a five-year term, it will not coincide,” she said.

“The idea that you can extend the existing local government administration up until you have the next general elections, to extend it to 2024 or shorten the period of your own term to 2021, is something that would be difficult to do. If you do it once the election has taken place, you will potentially run foul of the constitution.”

Those are things that a parliamentary committee would have to consider when discussing this matter.

“Once you take a policy decision, you will have to align the time frames of the national, provincial with the local election. That is something that again will involve you in policy debates,” she said.

The ANC announced earlier this month that its national executive committee has thrown its weight behind a proposal for electoral reform that would see a single election.

The ANC national executive committee has thrown its weight behind a proposal for electoral reform, which would see a single election as opposed to ...
Politics
1 year ago

Secretary-general Ace Magashule said the party would hold talks with other parties who share the same view, given that such a change would require an amendment to the constitution.

Meanwhile, the IEC said it was considering having online voter registration as a cost-cutting measure.

It said while it had planned for two registration weekends ahead of next year's local government elections, these were not a given due to the perilous financial and fiscal position of the country.

“In doing so, we are now looking at other cost-effective ways to assist us in registering voters. We should in the course of this year launch and announce an online voter registration platform that will facilitate remote registration by voters,” said IEC deputy chief executive Masego Sheburi.

The commission reiterated that it was on track in its preparations for next year's municipal elections.

The law provides that elections must take place within 90 days of the expiry of the term.

The five-year term of the current local government administration ends on August 3 2021 and the 90-day window period starts on August 4 and ends on November 1 2021.

The Independent Electoral Commission has urged parliament to move with speed in amending the electoral system to enable independent candidates to ...
Politics
2 years ago

Co-operative governance and traditional affairs (Cogta) minister Nkosazana Dlamini-Zuma is required to proclaim the date on which the 2021 elections will be held after consultation with the commission.

“I wish to confirm that these engagements are in progress between the electoral commission and the minister of co-operative governance and traditional affairs Nkosazana Dlamini-Zuma,” said Sheburi.

“We have already begun and will continue throughout the coming months as we seek to deal with the great uncertainties which face us due to the ongoing pandemic.”

In terms of the constitution and the Municipal Structures Act, the municipal demarcation board has to undertake a delimitation exercise before elections. However, this has been delayed due to Covid-19 lockdown which limits public interactions.

The IEC said while a revised timetable of the municipal demarcation board provides enough time for the commission to meet its mandate and hold the elections as scheduled, further delays would have a domino effect on preparations for elections.

We remain on track to hold municipal elections next year: IEC

The Electoral Commission (IEC) says it is on track to hold local government elections next year.
Politics
2 years ago

Parliament must ensure that there is adequate public consultation and participation in determining the most appropriate electoral system for SA.
Politics
2 years ago

The Independent Electoral Commission (IEC) has hinted that next year's local government elections may be delayed due to Covid-19.
Politics
2 years ago