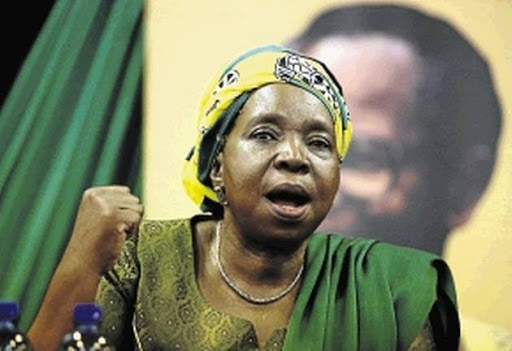 Co-operative governance and traditional affairs minister Nkosazana Dlamini-Zuma came to the defence of President Cyril Ramaphosa and the amended lockdown regulations amid criticism after the reintroduction of a ban on alcohol sales and a curfew.

Speaking during a media briefing on Monday, Dlamini-Zuma said Ramaphosa's address on Sunday was an attempt to help SA overcome the coronavirus.

Ramaphosa announced amended regulations under level 3 lockdown, reintroducing a ban on the sale and distribution of alcohol “with immediate effect” and reimposing a curfew from 9pm to 4am.

“The announcement by the president is aimed at assisting us so that we can combat this virus and slow down the spread of this virus,” said Dlamini-Zuma.

“We must all work together to protect one another. No-one is safe until we are all safe. We must approach this pandemic as the president once mentioned, it’s like being at war with an invisible enemy. We are the ones moving it around. We see the results of this virus across the world.”

“I want to stress that this is really a fight against Covid-19. We are number 25 in terms of population size but we are number 10 at the number of infections. We have to do everything to protect this beautiful nation of ours.”

''We’re all soldiers in this'

Dlamini urged people to give alcohol a break and focus on fighting the virus like “soldiers”.

“Let's give alcohol a break. The ban is not permanent but we need to fight this virus first. No soldiers can win a fight while drunk. We’re all soldiers in this and that's why we need to be sober,” the minister said in isiZulu.

She also said the reason for the continued ban on social visits and the reintroduction of the ban on alcohol sales was because people tend to let their “guard down”.

“When people drink in groups, they let their guard down. They won't wear their masks and they won't social distance. The spread will happen and we've seen it in many circumstances,” said Dlamini-Zuma

“The way alcohol brings people together, it discourages people from wearing masks, social distancing, and sanitising.

“When people have taken liquor, they get drunk and some become violent, start fighting, killing each other, or even at home they become violent,” she added.

It will be inexcusable to end up with beds in hospitals being blocked by patients who are casualties of alcohol abuse and compromising the lives of ...
Politics
2 years ago

"The sale, dispensing and distribution of alcohol will be suspended with immediate effect"
News
2 years ago

The renewed alcohol ban may reduce the flow of trauma patients to hospitals during the Covid-19 peak, but its abrupt withdrawal is not necessarily ...
News
2 years ago