Think-tank challenges Ramaphosa's view that NHI will solve all problems 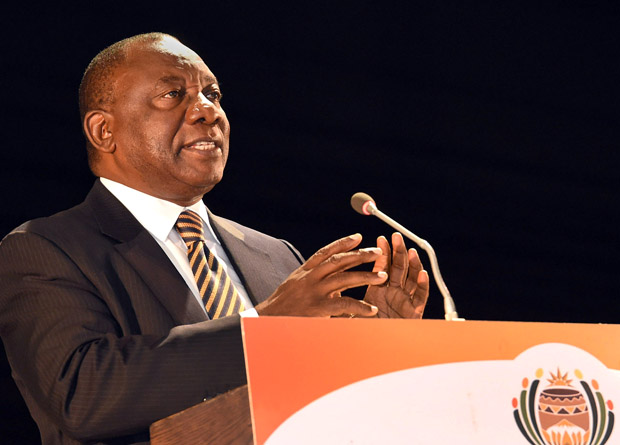 President Cyril Ramaphosa on Sunday called on the people to lay the foundation for the National Health Insurance so that all people can have access to the quality health care they need, regardless of their ability to pay.
Image: GCIS

The Institute of Race Relations claims that President Cyril Ramaphosa is deceiving South Africans when he says the National Health Insurance (NHI) will cure the health-care crisis.

The think-tank accused the government of wanting to take over the entire medical sector in SA.

It said rather than focusing on solutions that would guarantee quality health care in the public sector, the government risks merely importing into the NHI everything that is wrong with the health system it mismanages today.

The IRR took issue with a statement by Ramaphosa during his address to the nation on Sunday when he said: “Let us lay the foundation for the National Health Insurance so that all people have access to the quality health care they need regardless of their ability to pay.”

The IRR said Ramaphosa's appeal to the country in the midst of Covid-19 to support the NHI for quality care for all was deceiving when the government was responsible for chronic failures in the existing extensive public health system.

It said judging the outcome of NHI trials that had delivered appalling results at great expense to taxpayers, Ramaphosa's claim that the nationalisation of all medical care through the NHI could deliver quality health care had no basis in reality.

The think-tank said SA already had an extensive public health system charged with delivering quality health care, but it was failing, and costing lives.

“Where the government is already providing quality health care to those who cannot afford private medical care or coverage, it is failing at immense cost not only to taxpayers, but to patients and their loved ones,” IRR deputy head of policy research Hermann Pretorius said.

He said the NHI was not a cure-all.

Pretorius said it was likely to be worse than the disease it was trying to cure: too many South Africans not having access to quality health care.

Buthelezi will replace acting director-general Dr Anban Pillay, who has recently been caught up in a storm involving Medical Research Council ...
News
1 year ago

NHI will collapse like the road accident fund: John Steenhuisen

Scientists, business and labour have delivered a stark warning to the government to fast-track the easing of lockdown restrictions, saying they are ...
News
1 year ago