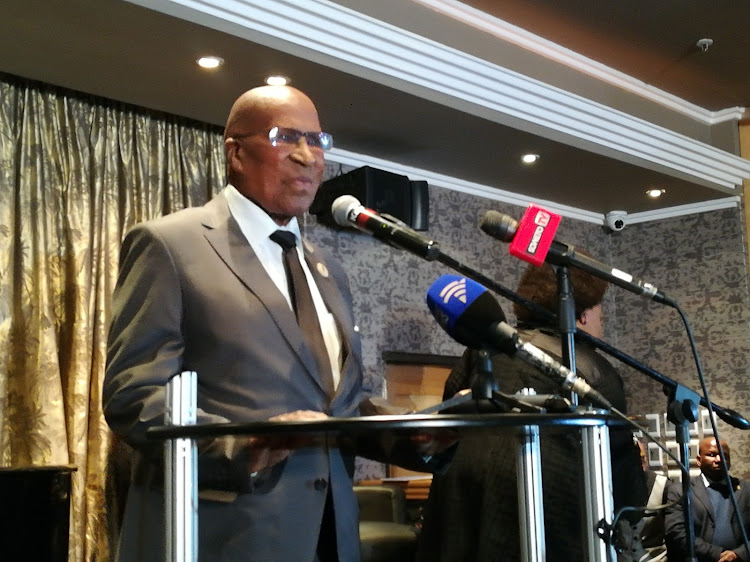 Mlangeni, who turned 95 on June 6, was admitted to 1 Military Hospital in Pretoria on Tuesday with an abdominal complaint.

Ramaphosa said: “Bab’ Mlangeni’s dramatic life was a unique example of heroism and humility inhabiting the same person. Throughout his long life he remained a beacon of ethical leadership and care for humanity in our own country and around the globe.”

Mlangeni’s youngest son, Sello, told radio 702 he was shocked by the death of his father after being admitted to hospital.

“He was fine. I thought he was going to come back and just had a problem with his stomach and was just going for a check-up in hospital.”

He last saw his father on Friday. “We were just talking. He looked fine, just a bit weak, but he was fine.”

ANC veteran Mlangeni joined the ANC Youth League in 1951 and the ANC in 1954, according to his foundation. In 1961 he was among the first to be sent for military training outside the country - in China. On his return in 1963, he was arrested, found guilty of sabotage and sentenced to life imprisonment. Mlangeni was, however, released in 1989 when negotiations between the ANC and the government began.

He subsequently spent 20 years in parliament and led the ANC's integrity commission.

The struggle hero and Rivonia trialist has died aged 87.
News
2 years ago

In 2013, in an interview with the Sunday Times, he denounced corruption within the government, saying the Rivonia trialists did not go to prison so that ANC members could reap the rewards of freedom through self-enrichment and greed.

“Tenderism (sic) has destroyed many of our honest people,” he said.

“People want to make money quickly. That is not what we stood for. I did not go to prison for that.”

The Desmond and Leah Tutu Foundation referenced this comment from Mlangeni, saying even after retiring in 2014 in his 90th year, "he continued to speak out against corruption, for morality and fairness within his beloved ANC and in government".

Describing him as a principled and modest man who returned to live in his Dube, Soweto, home after his 26-year incarceration, the foundation said: "His passing sounds the last post on a courageous generation of South Africans who forfeited their freedom, careers, family lives and health so we could all be free.

"It is now for younger hands to pick up the heavy baton they carried and complete the journey to equal justice for all."

Ramaphosa said Mlangeni's death “signifies the end of a generational history and places our future squarely in our hands”.

“With his passing as the last remaining Rivonia trialist, Bab’ Mlangeni has passed the baton to his compatriots to build the South Africa he fought to liberate and to reconstruct during our democratic dispensation.

“He was a champion and exemplar of the values we need to build a South Africa that provides dignity and opportunity for all, and which takes its rightful place in the global community of nations.” 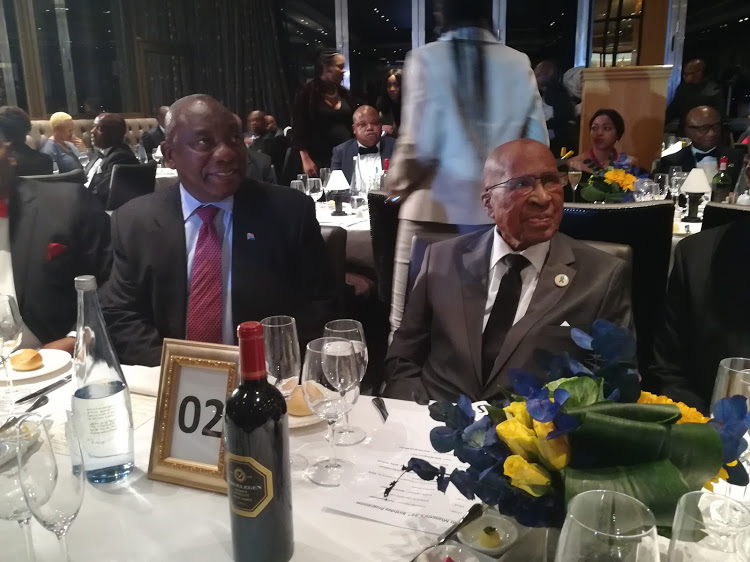 Ramaphosa's office said he had attended Mlangeni’s birthday’s celebration last month in the company of former presidents Thabo Mbeki and Kgalema Motlanthe as well as veteran politician Mangosuthu Buthelezi, among other notable guests.

Mlangeni was awarded Isithwalandwe Seaparankwe, the highest honour from the ANC for those who have made an outstanding contribution to the liberation struggle, in 1992. In 1999 he received the Presidential Order for Meritorious Service: Class 1: Gold from former president Nelson Mandela.

Ramaphosa said: “My thoughts are with the Mlangeni family today and with all who have had the blessing of meeting and being touched by Bab’ Mlangeni’s passion for achieving a better society as well as his passion for a life that is well-rounded, adventurous, healthy and embracing of people from all walks of life.”

Mlangeni was a keen golfer, a sport he played well into old age.

In 2002, he told the Sunday Times he was introduced to the game in 1937 when, as a 12-year-old, he earned pocket money caddying for golfers at Turf Golf Club, Johannesburg.

In 1947, after he had left school (St Peter’s Secondary in Rosettenville, where he was taught by ANC leader Oliver Tambo), Mlangeni took up the game seriously. He had played mostly at Soweto Country Club, one of the few golf courses open to “non-whites” at the time.

Earlier this year, Mlangeni attended a SA Open pro-am at the golf course.

“Nobody ever dreamt that one day we’d play the SA Open pro-am in Soweto‚ and on a golf course belonging to the people of Soweto. When I saw this‚ I said to myself there is nothing we cannot do if we all have a common goal‚” said Mlangeni‚ echoing the words of Springbok captain Siya Kolisi after the Rugby World Cup victory.

Mlangeni spoke of the greatness of South Africa's potential: “If we don’t work together‚ we won’t be successful. So‚ to the people who want to leave South Africa‚ I would say please learn from those who left and came back. Come back home. This country belongs to all of us who are South African. Let’s build it together.”

Denis Goldberg: celebrated stalwart who said 'up yours' to tyranny

Denis Goldberg, who has died in Cape Town at the age of 87, spent 22 years in prison after being sentenced at the Rivonia trial on June 12 1964 to ...
Opinion & Analysis
2 years ago

Struggle veteran Ahmed Kathrada's life was celebrated yesterday as South Africa learnt of his passing after he had been admitted to hospital for ...
News
5 years ago

Former president Nelson Mandela's long-time friend and fellow Rivonia trialist Andrew Mlangeni says he will cherish his memories of the ...
News
8 years ago