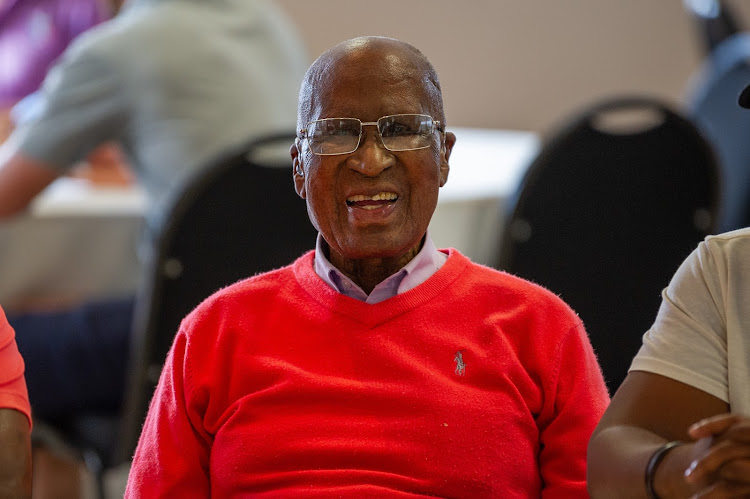 Former president Thabo Mbeki has described veteran struggle icon Dr Andrew Mlangeni who died on Tuesday, as an "outstanding" member of a loyal and dedicated generation.
Image: City of Joburg

Former president Thabo Mbeki said the late Andrew Mlangeni was an “outstanding” member of a generation that was disciplined, dedicated and loyal.

Mlangeni, the last remaining Rivonia trialist, who turned 95 on June 6, died on Tuesday, hours after being admitted to 1 Military Hospital in Pretoria with an abdominal complaint.

“Andrew Mlangeni was an outstanding member of that generation; very loyal, very dedicated, very disciplined,” Mbeki said in an interview with eNCA.

“That’s a generation that committed itself to fight for the liberation of our country. It did not ask for any reward, except freedom itself. That generation had one ambition: that our country must be free,” Mbeki said.

He said today’s generation should ask itself what it should do with the freedom Mlangeni and his generation brought.

According to Mbeki, the dedication to principle, to selflessness and commitment that Mlangeni’s generation had displayed had receded in terms of the conduct of other people in the current generation.

“The members of the ANC must go back to the values, principles, policies the ANC established and ask, 'What do we do with the freedom we have?'” said Mbeki.

The Desmond and Leah Tutu Legacy Foundation described Mlangeni as a giant who opposed injustice to his death.

“He continued to speak out against corruption, for morality and fairness within his beloved ANC and in government. 'I did not go to prison for 26 years for people to steal from the poor,' he said,” the foundation statement read.

“His passing sounds the last post on a courageous generation of South Africans who forfeited their freedom, careers, family lives and health so that we could all be free. It is now for younger hands to pick up the heavy baton they carried and complete the journey to equal justice for all.

“He is deeply mourned. The Desmond & Leah Tutu Legacy Foundation extends heartfelt condolences to the Mlangeni family. May Tata Mlangeni rest in peace and rise in glory.”

Struggle icon Andrew Mlangeni has been hospitalised, the party confirmed on Tuesday night.
Politics
1 year ago

Tributes are pouring in for the last remaining Rivonia trialist, Andrew Mlangeni, who died on Tuesday.
Politics
1 year ago