Former ANC MP and state capture whistle-blower, Vytjie Mentor, will join us in the newly established political party to be launched in August.

She was among the first politicians to appear before the state capture inquiry, where she gave testimony about how former president Jacob Zuma allegedly tried to recruit her as a pliant minister through the Gupta family.

Mashaba said: “These are the kind of people we want to have in the ranks of our new political party — truly dedicated South Africans dedicated to rooting out the looting in our government.

“Vytjie brings a great deal of experience and knowledge to our new political party, and in our discussions she has expressed her dedication to being involved with us, as the only party capable of unseating the ANC. Nobody knows better how important this task is for our country and I look forward to working with her in growing our new party.” 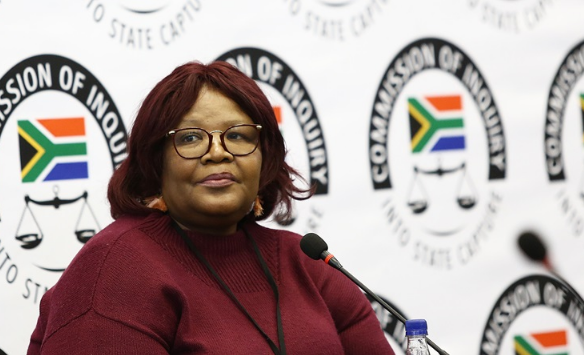 Vytjie Mentor at the Zondo commission of inquiry into state capture in Parktown, Johannesburg, on August 27 2018.
Image: Masi Losi

The former DA mayor of Johannesburg said that in the coming weeks, he would announce other prominent South Africans who are joining his party.

Mentor served as an outspoken MP for the governing ANC and was chairperson of its parliamentary caucus between 2004 and 2008.

Her career in the ANC took a nosedive in 2010 when the Sunday Times reported that she had coerced Transnet into spending R150,000 without authorisation from her bosses in parliament for her to travel to China to join Zuma on a state visit. At the time she was chairperson of the public enterprises committee, which oversees the affairs of Transnet, and the sponsored trip was regarded as a conflict of interest.

In the most recent past, Mentor became controversial with her inconsistent testimony before the Zondo commission of inquiry into state capture.

Former ANC MP Vytjie Mentor will be included on the list of ACDP candidates to serve in parliament at the first available opportunity to make changes ...
Politics
2 years ago

Former ANC MP Vytjie Mentor’s testimony before the state capture inquiry took yet another hit on Wednesday.
Politics
2 years ago

While serving as Mashaba's chief of staff in the City of Johannesburg, I began to document the day-to-day dramas, the successes, the trials and the ...
Books
1 year ago