Covid-19 district model to 'correct' inequalities in SA? What you need to know 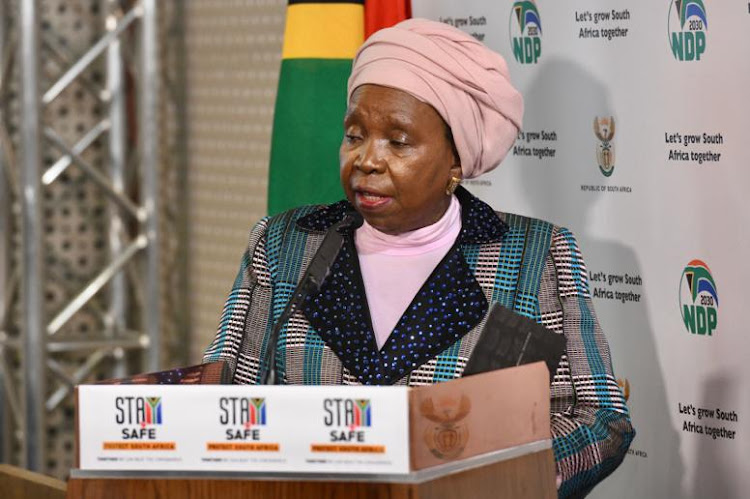 Cogta minister Nkosazana Dlamini-Zuma says the Covid-19 pandemic brought a 'gapping reality to the fore' in SA.
Image: GCIS
The government is set to roll out a new Covid-19 district development model system to “correct” social and economic inequalities in all districts in SA.

This is according to co-operative governance & traditional affairs minister Nkosazana Dlamini-Zuma, who said the Covid-19 pandemic brought a “gaping reality to the fore”.

Dlamini-Zuma said it aims to allow for a more specific shared services model at a district level.

Under the model, the government hoped to contribute to equality and the creation of jobs through a responsive, developmental and empowering state.

Dlamini-Zuma said the government “cannot afford to run away” from deep-seated fault lines but has to confront the realities of the form and “content of our independence”.

“Inasmuch as the virus has impacted on every person, sector, business, culture, religion and our entire way of life — resilience and survival have largely been determined by which side of the tracks one is born.”

According to Dlamini-Zuma, President Cyril Ramaphosa has deployed ministers and deputy ministers as “district champions”.

The “champions” will contribute to vertical and horizontal integration of government planning and implementation, the minister said.

“We have profiled all 52 district and metro spaces so that we can facilitate for the participation of our people in a decentralised economic system as envisaged by the Reconstruction & Development Programme,” said Dlamini-Zuma.

Zweli Mkhize says all 52 districts in the country are now Covid-19 hot-spots.
Politics
1 year ago

She said through the profiles, the government was able to get an in-depth understanding of the country’s districts.

“For instance, the John Taole Gaetswe District is almost the size of Rwanda at over 27,000 square kilometres, with a relatively small population size of over 261,000 people.

“Though it is a mining area which provides our country with ore and manganese, 78% of its population is poor and most of the land is unutilised, despite the abundance of cattle and sheep,” said Dlamini-Zuma.

The Cogta minister said the deployment of “champions” will avail local economic development, planning, engineering, planners, ICT, financial and other capacities and capabilities to the country's municipalities.

“Through the transparent One Plans and One Budget, every citizen will know of the status of plans, budgets and implementation, thus lessening the potential of corruption and maladministration,” she said.

The minister said funds had been put in place to repurpose the municipalities that are not in “good shape”. These included eThekwini, Ekurhuleni and the City of Cape Town.

“To ease the burden on municipalities, the president announced an allocation of R20bn, of which R11bn is under the equitable share and R9bn is repurposed infrastructure conditional grants,” said Dlamini-Zuma.

Health minister Dr Zweli Mkhize has announced 13,104 new confirmed cases of Covid-19, and has again pleaded with South Africans to do their bit in ...
Politics
1 year ago

Cogta minister Nkosazana Dlamini-Zuma did not take kindly to accusations by a DA MP that her focus in the fight against Covid-19 has been on "zol and ...
Politics
1 year ago