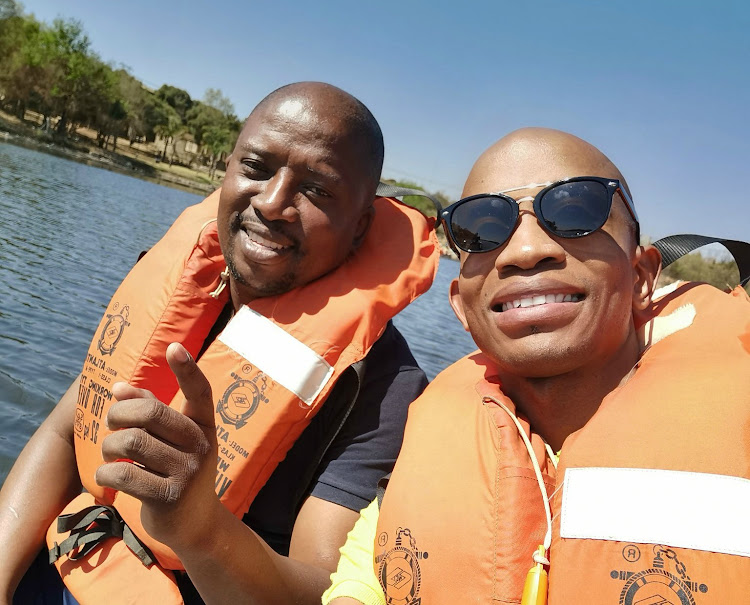 Abel Tau, left, and the SAHRC's Buang Jones during an inspection of water quality at Roodeplaat Dam.
Image: Buang Jones

Mashaba on Thursday welcomed Tau to the new party, which is due to launch next month.

Tau was Tshwane mayoral committee member for utility services and later acted as mayor when then mayor Stevens Mokgalapa was forced to take special leave.

Mashaba said his party was not seeking politicians who had failed residents and that Tau was not one of those.

“When I announced the formation of our new party, I made a few things clear. We do not want to be a home for politicians who have failed our residents, and any politician joining us would need to pass through the proverbial eye of the needle.

“It is my view that Abel passes both of these tests with flying colours,” said Mashaba.

"The looting of public funds intended to provide relief to people in the Covid-19 crisis is despicable. It is an act of the lowest forms of life and ...
Politics
2 years ago

He said it was clear that Tau was not seeking positions by joining his party.

“He brings important skills in co-ordinating our ground structures in Tshwane, which will be invaluable. This is one of the strengths of our party, our commitment that residents will choose our candidates through primaries means that any person wishing to stand will have to pass this test if they want to serve as a public representative.

“He has issued his resignation letter to the DA, and has explained to me that his reasons relate to his commitment to be part of a movement that can unseat the ANC and can improve the lives of all South Africans,” said Mashaba.

Tau is the second high-ranking regional leader to ditch the DA for Mashaba.

Tau, unlike Ngobeni, had been seen to be overlooked by the DA as a potential mayoral candidate in Tshwane.

In 2019 Tau, who was then chief whip, did not make the cut as the party’s mayoral candidate as the DA opted to bring in Mokgalapa to replace Solly Msimanga, who had left the city to become the Gauteng premier candidate.

Tau again lost out earlier this year, despite acting in the position, to councillor Randell Williams, who is the DA's mayoral candidate for the dissolved City of Tshwane council.

Former senior ANC MP Vytjie Mentor is joining Herman Mashaba's political party, set to be launched at the end of August, jumping ship from the ACDP.
Politics
2 years ago

While serving as Mashaba's chief of staff in the City of Johannesburg, I began to document the day-to-day dramas, the successes, the trials and the ...
Books
2 years ago

Herman Mashaba weighs in on claims that South Africans are lazy

Herman Mashaba has defended SA citizens from claims that they are "lazy".
News
2 years ago