Tell me why I shouldn't suspend you: Ramaphosa to Public Service Commission DG 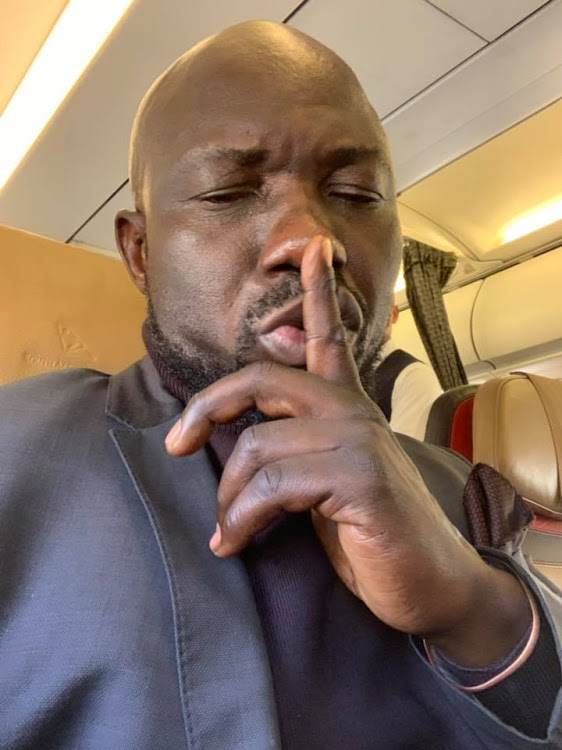 President Cyril Ramaphosa wants Dovhani Mamphiswana, the director-general of the Public Service Commission (PSC), to explain why he should not be suspended.

The PSC acts as a watchdog over the country's public service.

This is according to a leaked letter, dated July 28, in which Ramaphosa wrote to Mamphiswana, requiring him to provide these reasons by the close of business on Friday. If he fails to do so, action will be taken without his input being taken into consideration.

His interim spokesperson Tyron Seale said: “The presidency will make an announcement if and when there is a development in this matter.”

TimesLIVE reached out to Mamphiswana for comment, but he did not respond.

According to the letter, Mamphiswana's possible suspension comes after Ramaphosa received a preliminary report from an investigation conducted by the public service and administration ministry into allegations that he influenced the appointment of Boitumelo Mogwe to the position of chief director of professional ethics.

“I am considering placing you on precautionary suspension with full pay. The reasons for my contemplated action are due to the serious allegations of misconduct levelled against you relating to amongst others nepotism and irregularities in the filling of the post.”

The DA has meanwhile slated Ramaphosa's handling of the situation, accusing him of showing leniency towards those implicated in corruption.

The party lambasted the president for considering placing Mamphiswana on paid suspension. According to the DA, Mamphiswana pockets an annual salary of about R2m.

“Instead of safeguarding taxpayer money by immediately firing Mamphiswana and instituting criminal procedures, Ramaphosa intends to continue funnelling taxpayer funds into the pocket of an ANC cadre who has turned South Africa’s premier public ethics watchdog into a cesspit of corruption,” said DA shadow minister for public service and administration Leon Schreiber.

The president is trying to place Mamphiswana on suspension with full pay to make it look like he has taken action.

He also lashed out at Ramaphosa for not acting against Mamphiswana sooner, adding that the allegations surfaced several months ago through a report put together by advocate Smanga Sethene.

“[He] recommended that Ramaphosa must immediately suspend Mamphiswana,” said Schreiber.

“Ramaphosa has tried to deflect the findings against the corrupt pair by bizarrely instituting a second investigation. Now that his strategy is cracking under DA pressure, the president is trying to place Mamphiswana on suspension with full pay to make it look like he has taken action.”

“The DA reiterates our warning that if Ramaphosa continues to try and deflect and evade his responsibility, we will obtain legal advice to hold the president legally accountable for breaching his constitutional duty to promote and sustain a high standard of professional ethics in the public service,” said Schreiber.

Gauteng premier David Makhura is expected to announce an acting health MEC after a decision by the ANC that Bandile Masuku take a leave of absence ...
Politics
1 year ago

Finance minister Tito Mboweni and Treasury officials are to be called before parliament’s two finance committees next week to brief MPs on the ...
Politics
1 year ago