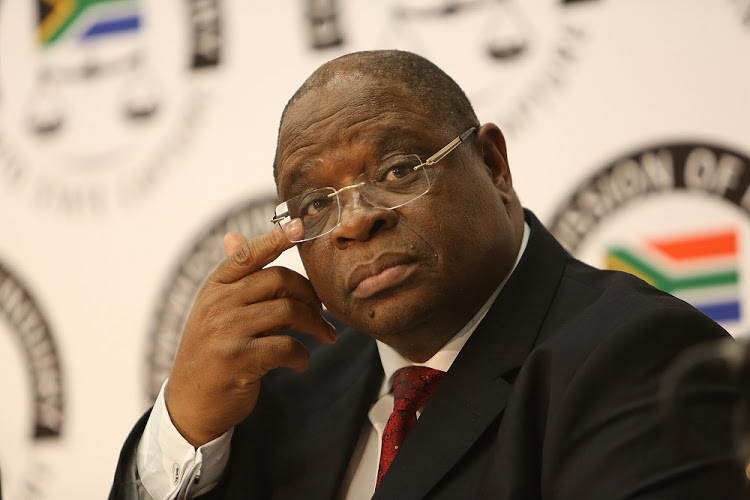 The commission of inquiry into state capture has dismissed an application by Thabane Wiseman Zulu for a postponement in hearing his evidence.

The project aimed to remove asbestos roofs from houses in the province.

Zulu was director-general of the human settlements department at the time of the project.

Dayal told Zondo on Thursday that Zulu had asked the commission in an affidavit in August 2019 to investigate allegations in Dukwana's affidavit and also expressed his intention to cross-examine Dukwana.

In that affidavit, Zulu said any responsible, legally trained person would be reckless if they did not conclude that the statement by Dukwana comprised an undirected rambling gossip sheet.

He said in a letter received from the commission in December 2019, Zulu was informed that the issue of his request to cross-examine Dukwana was held in abeyance pending the finalisation of the commission's investigations.

Dayal then sought an application to postpone the presentation of Zulu's evidence so that the commission could deal with his application to cross-examine Dukwana.

In opposing the application, Pretorius said Dukwana was not the star witness to the commission in relation to the asbestos audit. He said the commission's investigators had done their own work and questions to be put to Zulu were from those investigations.

Pretorius said the questions the commission wanted to deal with were about Zulu's facilitation of the asbestos project and facilitation of adjustments to the provincial budget.

He said in his questioning, he would not deal with anything that Dukwana said.

In passing his ruling, Zondo said the reasons for refusal would be provided if Zulu's team asked for them.

Zulu then started presenting his evidence.

Magashule's secretary 'can't recall' why businessman was asked for R250k

Ace Magashule's secretary while he was Premier in the Free State believes there was nothing untoward about asking businesses in the province to ...
Politics
2 years ago

Duduzane 'completely refutes' being at meeting where massive bribe was offered

Duduzane Zuma has denied allegations that he was present at a meeting when former Free State economic development MEC Mxolisi Dukwana was offered a ...
Politics
2 years ago