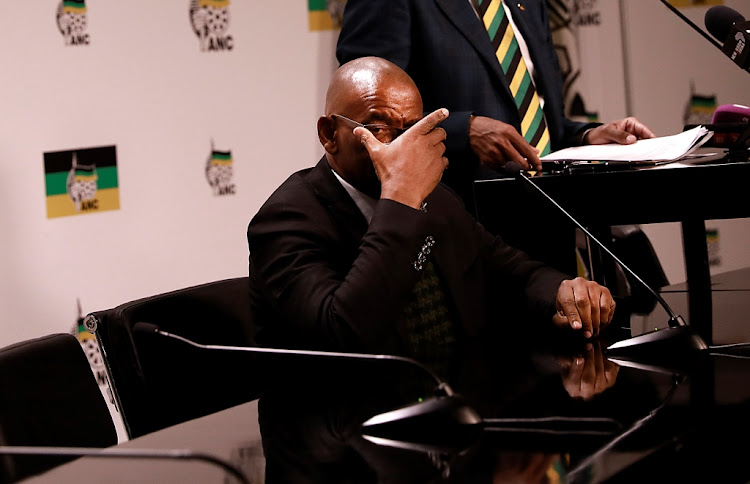 The publication reported on Sunday that it had seen a tender bulletin from last month, listing the companies and their owners.

One company owned by Magashule’s “long-time associates” was awarded contracts for cloth masks, latex gloves and shoe covers worth, combined, more than R7m. The company said the tenders were acquired ethically.

Another “associate”, awarded a R900,000 contract for PPE, said she secured the deal on merit and only enjoyed a “professional relationship” with Magashule.

BusinessLIVE reported earlier in the week that the ANC's national executive committee (NEC) was “outraged and deeply embarrassed” about allegations levelled at some leaders, members and their families. Two of Magashule's sons have been named as allegedly benefiting from tenders during the pandemic.

The party statement came a day after President Cyril Ramaphosa likened those who sought to profit from a disaster to “scavengers”.

City Press reported that a company that organises an annual festival was listed as receiving R4.9m. A local car wash and shisha nyama, not registered with the Companies and Intellectual Property Commission, was awarded a tender for R4.3m in the Free State.

Head of department in the provincial treasury Godfrey Mahlatsi told the publication that they would not respond to questions until an investigation into Covid-19 procurement was completed.

City Press said Magashule had this week given interviews indicating it was not wrong for family or relatives of ANC members and politically-connected people to benefit from government business.

Gauteng premier David Makhura has announced that the State Security Agency will be doing lifestyle audits on all members of the cabinet in his ...
Politics
2 years ago

The ANC risks losing power if it cannot halt corruption among its members, the Desmond & Leah Tutu Legacy Foundation warned on Saturday.
Politics
2 years ago

The Hawks have seized documents from offices at the Nkomazi local municipality in Mpumalanga related to suspected Covid-19 procurement fraud worth ...
News
2 years ago