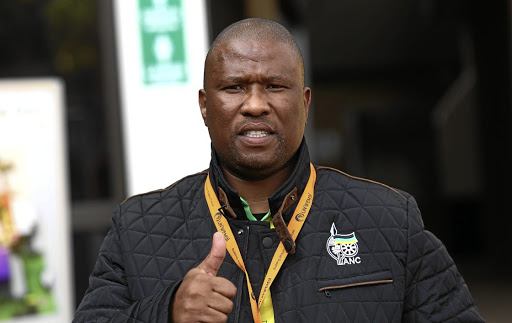 Eastern Cape premier Oscar Mabuyane, two of his MECs and his chief of staff are being investigated by the public protector's office relating to allegations of improper conduct.

The public protector is also investigating the Eastern Cape department of transport and Mbizana Local Municipality for misappropriation of public funds.

This after Mthatha businessman Lonwabo Bam alleged in two affidavits to the PP’s office that he was instructed to submit an invoice to the Mbizana municipality, claiming R1.1m, though he had done no work for it.

In a second affidavit he names transport MEC Weziwe Tikana-Gxothiwe and chief of staff Baphelele Mhlaba in connection with another deal.

Finance minister Tito Mboweni's recent statement on corruption in government has prompted responses from many, including former public protector ...
Politics
2 years ago

The public protector subpoenaed Bam in February this year, when they investigated a complaint against the provincial department of transport and Mbizana municipality relating to misappropriation of public funds.

The subpoena also stated that the PP’s office is investigating allegations of improper conduct made against Mabuyane, MEC for public works Babalo Madikizela and Tikana-Gxothiwe.

“The premier et al responded between March and July 2020. The investigation is still ongoing. Unfortunately we cannot give out more information as that would likely jeopardise the probe,” Segalwe said.

Madikizela said he was aware of the investigation by the public protector and he has answered all questions raised.

Parliament is struggling to put together a three-member panel that would kick off an investigation into whether public protector Busisiwe Mkhwebane ...
Politics
2 years ago

Tikana-Gxothiwe said: “We had received a correspondence from the public protector on December 17, 2019. It was responded to the following day. There has not been any further contact since then.”

Mhlaba said the public protector wrote to him and he responded in terms of questions raised.

“You will appreciate that the public protector would write to the specific citizens if they requested information from them. If they did, I was not copied in their correspondence,” Mhlaba said.

Mbizana municipal manager Luvuyo Mahlaka also confirmed that the municipality was contacted by the public protector’s office in February and has responded.

This week, Bam who is a long-time friend of Madikizela, said he was subpoenaed by the Office of the Public Protector and appeared before them for questioning and clarity based on his affidavits.

“I was called by the Hawks for questioning following the newspaper articles published in May 2019 with regards to the R1.1m and R2.2m and statements were taken,” Bam said.

Eastern Cape premier Oscar Mabuyane has given health MEC Sindiswa Gomba a glowing performance review, saying her successes have been shadowed by "few ...
News
2 years ago

Fed-up Eastern Cape villagers have taken a tough stance against the husband of Khusela Diko, the beleaguered spokesperson of President Cyril ...
News
2 years ago