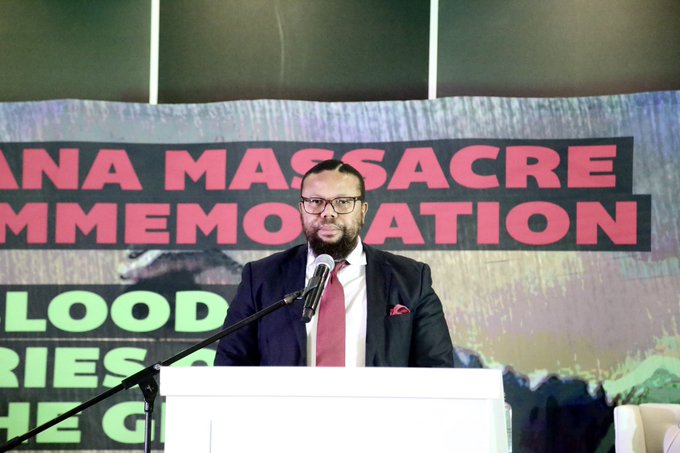 This is the call from Transform SA president Adil Nchabeleng, who was speaking on Friday at the Amcu-hosted annual commemoration of the Marikana massacre.

“The president’s visit should not only be symbolic but should be accompanied by a solid action plan of righting the wrongs of what led to the massacre,” he said.

Nchabeleng said the visit should seek to heal the open wounds which still linger as a result of lack of closure after the tragedy.

On August 16 2012 police killed 34 striking mineworkers. In the days leading up to what would become known as the Marikana massacre, 10 others had died.

“The president should show people of Marikana a concrete plan on how the community will be developed, to reflect the kind of wealth that gets extracted from the belly of the land of Marikana daily,” he said.

Nchabeleng told those in attendance that they should continue to demand justice for the families of the deceased — for the senseless loss of their breadwinners.

IN FULL | We must never forget: Thuli Madonsela on the Marikana massacre

Former public protector Thuli Madonsela has called on South Africans to always remember the deaths of 44 people in the Marikana massacre eight years ...
News
1 year ago

Amcu president Joseph Mathunjwa, who frequently quoted the Bible in his address, said that there was no justice yet for the families of the deceased miners.

“We need to reflect on what happened during the period in 2012. The thief is not here to bring good, it’s here to steal, kill and destroy. Today, we are gathered here because a thief didn’t want to reward the hard work of workers and ended up killing them,” Mathunjwa said.

He continued: “A thief stole our children’s bread. Lonmin was a thief that stole and destroyed. Sibanye is another thief. Treat them as thieves also because they here to destroy and kill your life. You wouldn’t be here today if they didn’t kill your husbands. Lonmin and Sibanye are related, they are cousins because their ways are the same — it’s to steal and look down on the hard work of black people.”

When the massacre happened in 2012, the mine was owned by Lonmin but was taken over by Sibanye-Stillwater last year.

Head of the History Workshop at Wits, Prof Noor Nieftagodien, who delivered the keynote address, said it was important to annually remember and commemorate and acknowledge the events leading up to the massacre. 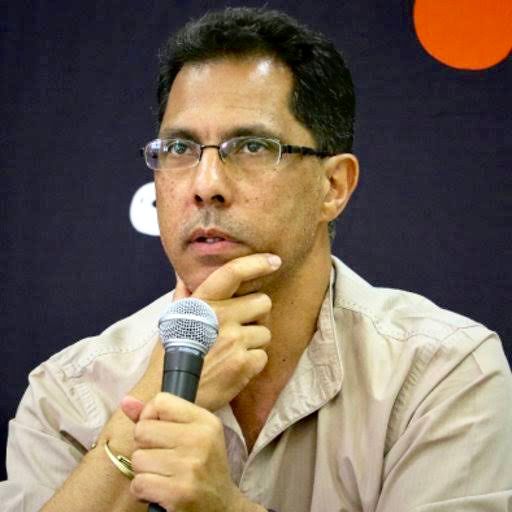 “It’s important that we remember the heroic struggles of mineworkers for a living wage of R12,500 as we stand together and remember eight years ago the power of the demand of R12,500. It had not happened before and for the workers to have made that demand, frame struggles not only for mineworkers in Marikana but for mineworkers throughout the country,” he said.

Nieftagodien said the other important aspect to remember was the aftermath of Marikana.

“The lies, the attempted cover-ups and the commission and the intense media coverage have not led to any justice. There has not been any conviction of any person who shot at the workers at Marikana,” he said.

The professor said the commemoration of the Marikana massacre was important so that South Africans don’t forget. “The Marikana tragedy dismissed the illusion that poor black lives matter in the new democratic dispensation,” he said.

The commemoration event was attended by widows, survivors and some of the workers.

It has been eight years since the deadly wage-related strike by mine workers at Lonmin's Platinum mine in Marikana, Rustenburg,
News
1 year ago

Sibanye-Stillwater said it is fulfilling the promises its predecessor made to the widows of the slain mineworkers.
News
1 year ago

Marikana happened because we forgot to remember, says Thuli Madonsela

Former public protector Thuli Madonsela said on Friday that the 44 deaths at Lonmin’s platinum mine in Marikana in August 2012 during strike action ...
News
1 year ago