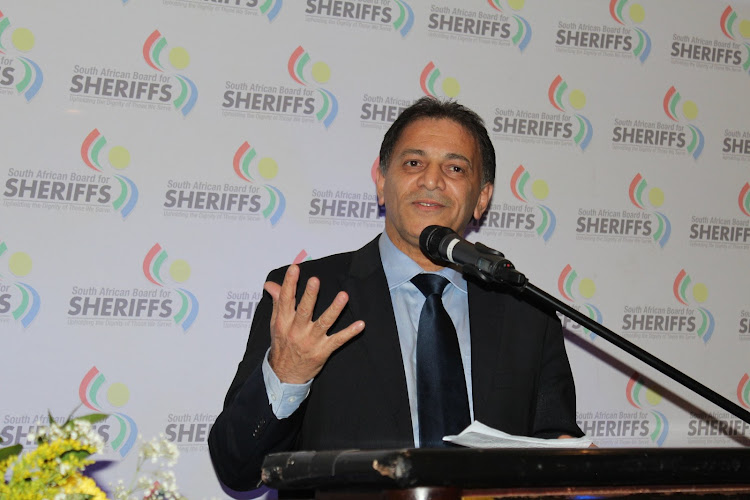 In a statement, ANC's parliamentary chief whip Pemmy Majodina confirmed that Mohamed had died of a heart attack on Monday evening.

"We are again crying for the loss of one of us," she said.

Majodina said that Mohamed "served our government with dedication and commitment" in his various roles and positions.

"We were with him last week in the Tuesday, Wednesday and Thursday National Assembly sittings, where he diligently served our caucus. He strongly pioneered for the adoption of three crucial bills that were recently passed in the National Assembly, namely the Criminal Law (Sexual Offences and Related Matters) Amendment Bill, the National Register for Sexual Offences and the Domestic Violence Amendment Bill," she said.

Covid-19 has claimed the life of the deputy director general of welfare services in the department of social development, Connie Nxumalo.
News
1 year ago

"As the ANC caucus, we have lost a very dedicated member who passionately worked hard for the advancement of the South African justice system. Comrade Mohamed committed himself to the task of ensuring that justice is served fairly,without fear or favour. We will always cherish the lessons he shared with us from his well of knowledge and experience.

"We extend our sincerest condolences to the family, friends, comrades and loved ones of comrade Mohamed. May you find comfort in knowing that he fought a good fight."

'A dedicated and unselfish servant of the people'

In a short statement on Monday evening, Mohamed's friend Kashief Wicomb said: "It is with deep sadness that we confirm the death of comrade Hishaam Mohamed at 5.30pm today. He was a dedicated and unselfish cadre of our movement and servant of the people. From God we come and to God we return."

Mohamed is a former head of the department of justice and constitutional development in the Western Cape.

He was elected to parliament in May 2019 and served in the portfolio committee on justice and constitutional development and correctional services.

Before joining parliament he had worked at the department of justice for 27 years. He started as a temporary clerk at the Athlone magistrate’s court in 1990, obtained his LLB degree and worked his way up to become a prosecutor at the Mitchells Plain magistrate’s court.

The ANC in the Western Cape also paid their respects, referring to Mohamed as "one of our youngest and brightest new MPs".

“The sudden death of this kind, gentle and committed servant of the people came as a great shock. We are devastated because comrade Hishaam touched us all and went out of his way to help wherever he could,” the party structure said.

Mohamed is survived by his wife and three children.

'An extremely sad day in the corridors of justice'

Justice minister Ronald Lamola said Mohamed was "both a lawyer and an activist".

"His was a life dedicated to the struggle for freedom, justice and human rights. He was a hands-on and dedicated public servant and, later, public representative who was extremely active in his constituency and to whom many people turned for legal advice and assistance," he said.

"Soft-spoken and humble, he served the people of our country with unwavering dedication.

"In all my interactions with Hishaam, one got the sense that this was a man who had been mentored by some of the great stalwarts of our liberation struggle, such as the likes of Dullah Omar and Essa Moosa.

"The passing of advocate Mohamed can only be described as an extremely sad day in the corridors of justice."

Fredie Blom, the 116-year-old Capetonian thought to be one of the oldest living people in the world, died at his home in Delft on Saturday.
News
1 year ago

When Bob Mabena decided to enjoy the last lap of his illustrious radio career at Power 98.7, it was a special moment — not only to finally have him ...
Opinion & Analysis
1 year ago

Cecil Norman Steenbok, from Bloemfontein, battled Covid-19 for 11 days in hospital, but two days before celebrating his 30th wedding anniversary with ...
News
1 year ago