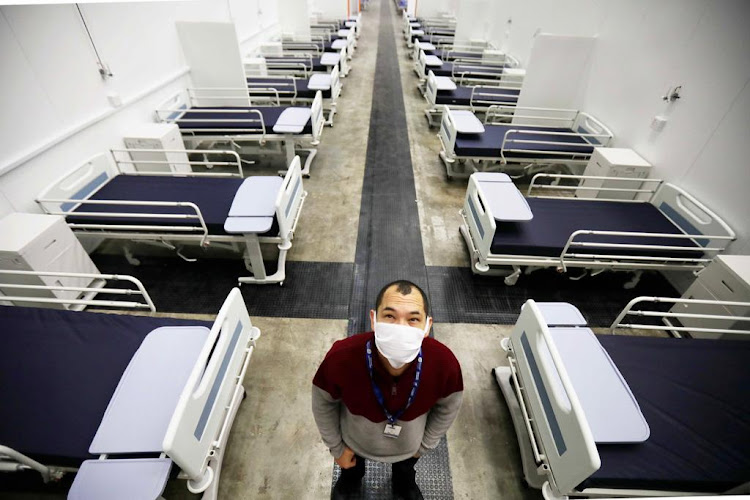 The construction of field hospitals and provision of quarantine sites to combat Covid-19 are riddled with weaknesses, irregularities and overpayments, says auditor-general Kimi Makwetu.

Delivering his maiden audit report on Wednesday on the procurement of goods, services and infrastructure to fight the coronavirus, Makwetu identified the construction of field hospitals, isolation centres and quarantine sites as problem areas.

On quarantine sites, Makwetu said: “The audit identified control weaknesses, overpayments, money spent on sites not yet activated (approved) by the department of health, and state-owned properties upgraded for use as quarantine sites not being utilised.”

He revealed that there was an oversupply of quarantine and self-isolation sites.

“It is unlikely that government will pursue the original target for quarantine sites as the demand for such facilities has been relatively low.”

The targeted number of sites had not been achieved, the AG disclosed.

“In planning the health response, it was expected that a high number of people would require facilities for quarantine and self-isolation. In total, 6,123 quarantine sites were initially targeted but by July 31, only 510 sites had been identified by the department of public works and only 192 had been activated for use by the department of health. The slow progress is partly as a result of poor co-ordination between the two departments, which also resulted in accountability for the sites being unclear and our audit efforts being hampered.”

The government had made more than R4.8bn available for field hospitals, he said.

“For this purpose, 66 projects were identified across the country — the money would be used either to upgrade current hospitals or build/use temporary structures to increase hospital beds. By June 30, only 18 of these projects had been completed.

“The audit of the procurement processes for appointing contractors only recently commenced as a result of delays in providing us with the information and documentation requested, but the audit teams have already identified non-compliance with legislation in the processes followed. This is another area in which there is a need for closer co-operation between the health and public works departments to monitor the demand for additional beds and the implementation of the initiative.”

Potential fraud has also been identified in the appointment of community workers meant to assist the department of health with screening.

When the virus broke out the government announced that it would appoint 25,000 community health workers to assist the department of health.

“The expanded public works programme (EPWP) was mobilised to provide front-line services and, at the same time, much-needed job opportunities. The department of public works was tasked with urgently sourcing 25,000 additional workers to assist the department of health with screening, testing and educational campaigns — funding of R771m was allocated for this purpose.

“By June 30, only 8,229 workers had been recruited and R26m spent on management and administrative expenses and PPE for participants. No payments had yet been made to workers as the start of the programme was delayed. The same poor record keeping and potential fraud risks are emerging as has been reported for a number of years with regard to the programme.”

The AG said: “As can be observed from all the initiatives started this far, there are significant risks that point to internal deficiencies as well as the exposure to external risk on the funds.

“To date, less than half of the appropriated funds have been spent. This suggests that a heightened level of oversight will be required as more programmes are rolled out.”

Makwetu said detailed findings would be made public in subsequent reports.

The SA Revenue Service is investigating 307 cases of possible tax fraud and other irregularities with a revenue loss of close to R300m involving ...
News
1 year ago

Stock packers, cashiers, boilermakers and bus drivers are among those who applied to become the next auditor-general in South Africa.
Politics
1 year ago