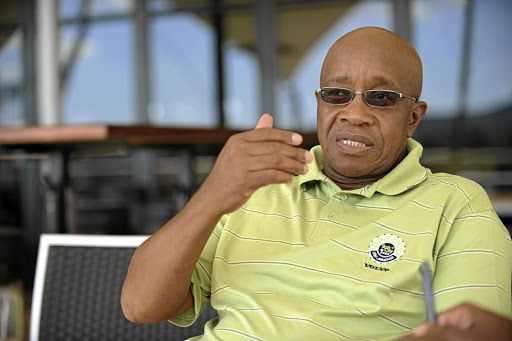 The open season of letters by ANC leaders to and about each other seems far from over.

ANC Veterans' League president Snuki Zikalala has joined the bandwagon, accusing former ANC president Jacob Zuma of attempting to instigate a regime change within the ANC after he wrote a letter responding to one addressed to ANC members by current president Cyril Ramaphosa.

Ramaphosa last week wrote a letter to ANC members calling on them to desist from engaging in corruption. Zuma took offence and hit back, saying Ramaphosa just wanted to save his own skin.

According to Zikalala, Zuma's letter was tantamount to factionalism as he was drawing a line in the sand to mark a division between his supporters and Ramaphosa's.

“Its [Zuma's letter] obvious and naked objective is regime change in the ANC!” wrote Zikalala.

The Zuma letter, argued Zikalala, was marred by falsehoods and fabrications. Among these, he pointed out, was Zuma's charge that Ramaphosa had concluded that the whole ANC was a criminal organisation by calling it “accused number one” in his letter.

“It is clear that this deliberate misrepresentation of what comrade president Ramaphosa wrote in his letter, falsely accusing him of saying that all ANC members are corrupt, is a fraudulent attempt to mobilise the membership of the ANC to repudiate and turn against president Ramaphosa,” Zikalala argued.

Zikalala believed that Zuma no longer viewed Ramaphosa as his comrade and a legitimate president of the ANC. This, he argued, was clear in how Zuma, in his letter to Ramaphosa, constantly used “Mr President” instead of the usual “comrade president”.

Zikalala also took exception to Zuma accusing Ramaphosa of seeking validation from white people. He called this a failed “attempt to delegitimise” Ramaphosa.

In the league's view, Ramaphosa was duly elected at the party's 2017 Nasrec conference and would be defended against “unconstitutional regime change agendas” such as the one pursued by Zuma.

Said Zikalala: “We must unite to defeat any attempt at effecting unconstitutional regime change in terms of the leadership of our movement.

“As we do this, we must pose and attempt to answer the question — whose interests would such unconstitutional regime change serve?”

The answer, he said, was simply that Zuma and his faction were desperately trying to “capture the ANC” via the back door.

Zikalala confirmed the authenticity of the “leaked” letter, saying it was, however, not the final version as he had sent it to the veterans' league provincial chairperson “to improve it”.

A refined letter was in the making, he said.

The plan by ANC members of the “Radical Economic Faction” to frustrate party President Cyril Ramaphosa at the national executive committee meeting ...
Politics
1 year ago

IN FULL | You just want to 'save your own skin': Zuma's letter to Ramaphosa

Former president Jacob Zuma has written a scathing letter to his successor, Cyril Ramaphosa, criticising the current president for a letter he had ...
Politics
1 year ago

Muzi Sikhakhane SC doesn’t know why people are intrigued by him being Jacob Zuma’s counsel. “I think it is because I am black,” he says.
News
1 year ago