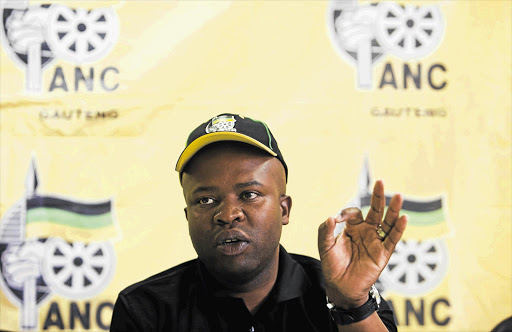 He dismissed claims made by the DA's Solly Msimanga on Tuesday that the Tshwane municipality pays “unlawfully deployed ANC administrators” salaries of R955,940 each, which has cost the taxpayers R10m for the past five months.

Here are five key takeouts from his address:

The MEC said municipalities have suffered high levels of water and electricity losses due to, among other challenges, inaccurate billing and illegal connections.

“Some of these problems are caused by lawlessness which requires law enforcement to step up to the party to stop cable theft and vandalising of the infrastructure. There is also a need for communities to work with us in bringing an end to the crippling problem of illegal connections, which leads to water and electricity outages.”

Maile said the estimated amount of money spent on salaries of administrators is about R7.5m. He said there was no foul play in their appointment and insisted that they are highly qualified.

“We appointed 10 competent, skilled and experienced cadres to help us run the municipality. Some of them are not working for the state. These are people who are providing their services and this has to be acknowledged, not criminalised. The salaries given to the administrators speak to their skills, qualifications and expertise they offer to the metro. There is no-one who has less than a master's degree.”

Administrators are helping the municipality

Maile said the Tshwane, Ekurhuleni and Johannesburg municipalities have improved and are in a good financial state. He said the municipalities are up to date with their Rand Water and Eskom bills.

“We have been able to fix most of the financial issues which were in a bad state by the DA governance. By the time the administrators leave the metro, there will be a surplus of between R1.3bn-R1.5bn.”

Maile said the government is assessing the process of filling vacant posts at municipalities and that they are in different stages of been filled. He said some municipalities have advertised the positions.

The MEC said officials implicated in financial mismanagement at municipal level must be held accountable.

“Irregular expenditure doesn't mean that someone must be arrested. It might mean that there must be consequence management in certain areas, including charging a person internally or giving them a written warning.

“When there is wasteful and fruitless expenditure, it means money has been lost, and the law must take its course. There are actions, people are charged, internally and externally.”

Gauteng co-operative governance MEC Lebogang Maile has apologised for insulting a member of the public who complained about having his electricity ...
Politics
2 years ago

Gauteng co-operative governance MEC Lebogang Maile has come under fire in parliament for losing his cool in an exchange with a member of the public ...
News
2 years ago

The troubled Emfuleni local municipality has been forced to withdraw 16 “irregular” tenders worth R62m after it awarded them through deviations - ...
Politics
2 years ago