Days of ANC ill-discipline are over: Oscar Mabuyane at Nyameka Goniwe funeral

Image: RANDELL ROSKRUGE Oscar Mabuyane blasted ill-disciplined party members, saying the ANC did not get to 108 years by letting members do as they pleased.

The days of giving ill-disciplined ANC members enough rope to hang themselves are over, as the party will now “walk the talk” and decisively deal with those who bring the governing party into disrepute.

This was a vow from Eastern Cape ANC provincial chair Oscar Mabuyane while addressing mourners at the funeral of former Inxuba Yethemba mayor and Chris Hani district councillor Nyameka Goniwe on Wednesday. 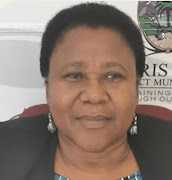 Goniwe, 69, the widow of Mathew, one of the Cradock Four who were killed by the apartheid regime in 1985, was laid to rest in Cradock. She died on August 29. A small group of family members and friends attended in person but the Chris Hani municipality had distributed links so that people could attend virtually.

Mabuyane — whose leadership of the ANC in the region has been questioned ever since he beat Phumulo Masualle for the top post at an elective conference so violent it was dubbed the festival of chairs in 2017 — blasted ill-disciplined party members, saying the ANC did not get to 108 years by letting members do as they pleased.

The premier said Goniwe must have been worried about the “foreign behaviour” of some ANC members which was prevalent around elective conferences.

He laid into some ANC leaders, accusing them of saying leadership positions were their birthright.

“Today we see many comrades in our movement who have questionable postures that are foreign to the ANC culture. They label themselves the most revolutionary cadres of our movement but their actions reveal revolutionary bankruptcy of the highest order.

“Part of what we need to do as the ANC, a movement that was loved dearly by Sisi Nyami, is to walk the talk on dealing with ill-discipline within our ranks,” he said.

The ANC has already started cracking down on party members who have pending criminal and disciplinary cases against them.

On Tuesday, Andile Lungisa was instructed to resign as a councillor in Nelson Mandela Bay by September 10, his membership suspended and was forbidden from attending ANC events or speaking on behalf of it because of his 2018 assault conviction.

Mabuyane's comments come amid deep party divisions between President Cyril Ramaphosa supporters and the Jacob Zuma faction that failed to get Nkosazana Dlamini-Zuma elected as ANC president in 2017.

There have been calls for Ramaphosa to step down over a donation scandal linked to his party president election campaign, known as CR17.

In what could be seen as backing Ramaphosa, Mabuyane, who was active in the CR17 campaign, described some ANC members as having “elective conference hangovers”.

“The wisdom of ANC branches must not be undermined when people lose conferences. No single ANC member or leader has a monopoly over the collective saying of ANC branches and members,” Mabuyane said.

He called for corruption, “perceived or real”, to be rooted out.

Turning to Goniwe, Mabuyane said the late councillor “left an indelible mark” in Inxuba Yethemba and the district authority.

“She carried herself with dignity and did not forsake the values of the ANC in discharging her duties.

“Our society looks up to the ANC and its cadres to uphold high moral and ethical standards and to work solely for the upliftment of our people, not for personal gain.”

Goniwe never expected to receive special treatment by virtue of her surname.

“She was a humble, respectful and loyal cadre who took instructions and implemented them with no qualms.”

Goniwe is survived by her two children, Nobuzwe and Nyaniso.