Patricia Kopane staying put in DA, despite stepping down from position 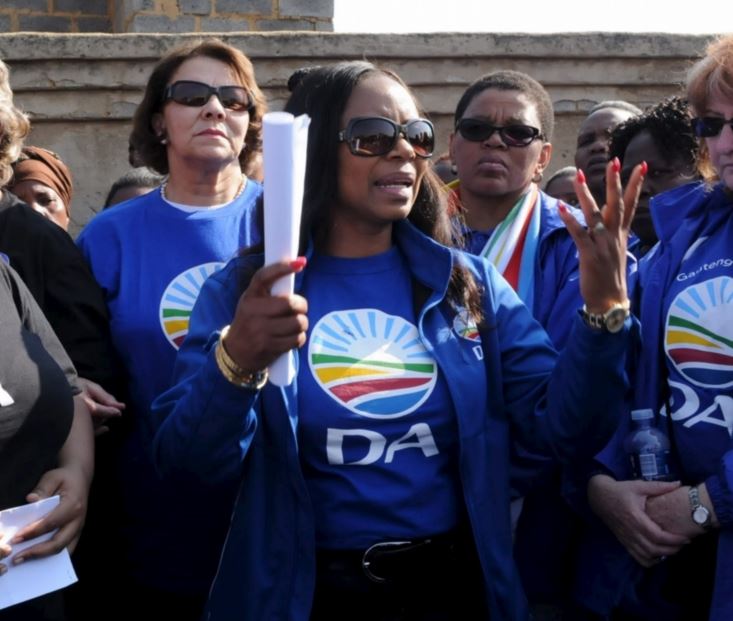 DA Free State leader Patricia Kopane says she is not leaving the party, despite announcing that she will not be standing for another term.

Kopane on Saturday announced on her Facebook page that after eight years as a leader of the DA in Free State, she will not be standing for re-election.

The party is due for an elective conference in November this year.

She is now the third long-serving DA provincial leader to be leaving her position.

This after Gauteng leader John Moodey resigned from his post and the party amid a tense contestation ahead of the party's national elective conference. Moodey's resignation, though, was surrounded by controversy after it emerged that the party was planning to charge him for allegedly being involved in a plot to frame a political opponent in a sex-for-jobs scandal.

KwaZulu-Natal leader Zwakele Mncwango last week also announced that he would be stepping down from his position in the next conference to focus on his PhD and a book he was currently writing. Mncwango at the time said he had always believed that serving two terms was enough for him.

'My love for the DA is not blind': Phumzile van Damme on her public critique of the party

Speaking to TimesLIVE, Kopane said she believed it was time for her to offer others a chance to lead the party in the province.

“When you are in leadership positions, you don't wait until you are pushed out. I have built a good legacy, the DA has developed me, I don't look back with regret. I have done what I was supposed to do,” said Kopane.

She said she felt that it was time to leave her position. Nothing bad had happened and she was not running away from anything, she added.

“It's not a title that [makes] you to serve people, I am a natural born leader, it does not mean when I step back and give other people an opportunity, I am not going to lead ... so I will still have a position [and will] support those that are in leadership. That's who I am, I have never been a backbencher in my life,” said Kopane.

Speaking about the DA and its current internal wranglings, Kopane said she believed that the party would pull through despite its troubles.

“In life, any organisation, any company, there are times when there are challenges, it's part of life. The question is how you respond to those challenges ... but whatever is happening to the DA now, has happened with everybody else,” said Kopane.

She said that the party would use its current challenges as a “stepping stone to go somewhere else”.

DA clamps down on leadership race between Steenhuisen and Ntuli

The DA has adopted stringent leadership campaign rules that prohibit candidates from running public campaigns in the media.
News
1 year ago

Party politics are in a mess; change the Electoral Act now

SA voters deserve the right to choose individuals of integrity outside the power-drunk ANC, the backsliding DA and the dangerous EFF
Opinion & Analysis
1 year ago