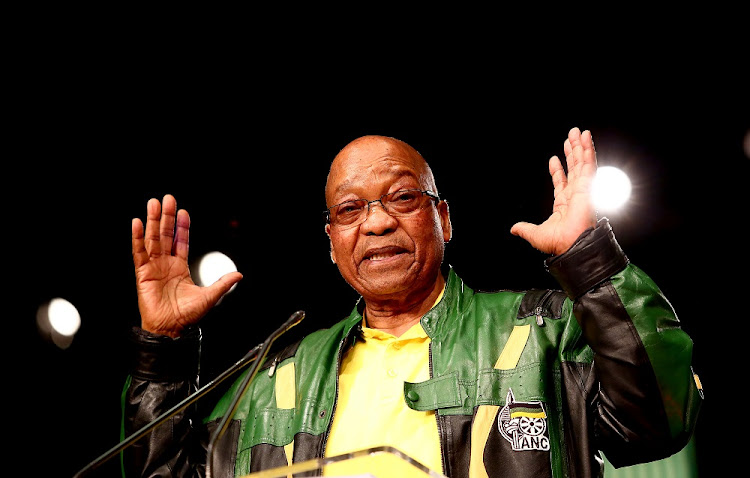 On Monday, Zuma sent a letter through his lawyer, Eric Mabuza, stating he will not be returning to the inquiry while Zondo is presiding over matters.

In the letter, Zuma said he was being “targeted” by the commission and asked Zondo to recuse himself because of his “biased disposition” towards him.

The former president said Zondo used mainstream media to portray him as unco-operative, after a media briefing where he addressed Zuma's dates and repeated failures to return to the commission.

Zondo must step down as state capture commission chair: Zuma

Zuma's lawyer Eric Mabuza says there is 'special focus and targeting' of the former president.
Politics
1 year ago

“We are instructed to seek your recusal as chairperson of the commission on the ground that our client reasonably apprehends that you have already adopted a biased disposition towards him and cannot bring an impartial mind to the issues and evidence that relate to him.

“Former president Zuma’s conclusion that the chairperson is no longer capable of exercising an independent and impartial mind is fortified by what he views as the unwarranted public statements made by the chairperson at the said media mediaing.

“The source of the chairperson’s bias against him stems from the fact that the former president and the chairperson have historical personal, family, and professional relations that ought to have been publicly disclosed by the chairperson before accepting his appointment,” read the letter to Zondo.

Zuma is set to appear before the commission from November 16 to 20, but his lawyers said he will take “no further part” in the commission until the recusal application is determined.

The commission is yet to respond to the former president's letter.

On social media, many shared different views regarding the matter. Some said Zuma's allegations were right and that Zondo appeared to need to “humiliate, insult, belittle and diminish Zuma”. Others believed that Zuma was “running away from accountability”.

Here is a snapshot of what tweeps had to say:

Jacob Zuma is running from the Zondo. He is doing what every bully does. It proves that he is a coward. He destroyed SA with his criminal conduct during his time as President and now he is running away from accountability. Wonder how true the rumor is that he was an IMPIMPI

Have you listen to Zondo addressing Media on Jacob Zuma? It was as if programmed to do so and he cannot help himself, he appeared to have need to degrade, humiliate, insult, belittle and diminish Zuma. He seemed to do these unconsciously; that is, as if he's not thinking about it

Former President Zuma is a Chess player he's well aware of what he's done here, his purpose is to unsettle the chair of the commission and just delay the process. In the near future Zuma would have won everyone to his side. Watch this space. Zondo is also emotional

Classic Jacob Zuma. Make bare allegations, that have no direction, about historic relations that make Zondo unfit to continue his work. Then his supporters will be jumping up and down shouting victory. Yazi Zumalots are funny and tragic at once. Now don't attack me nina.

President Zuma was probably rooting for Zondo to accept his appointment as chairperson of the commission for this very move.

Can someone school me here PLEASE, was it not Jacob Zuma who appointed Judge Zondo as the chairperson of the commission? If YES, what was he hoping for if he knew about these personal family issues?

Zuma appointed Justice Zondo to Concourt in 2012 and further appointed him Deputy Chief Justice in 2017 and he now wants us to believe that Zondo holds some grudge against him over some undisclosed personal matters?

Zondo is running this commission like a witch hunt. Is this a Zuma and free state capture commission? Why not summon Zuma, his Deputy and entire cabinet for questioning? Do u after R1bn know who captured the state, where, how and with whom? Or u only know about braais and bags? https://t.co/zKQ9I1nMZO

Amnesia is the weapon. So UBABA has suddenly remembered that Zondo is irrevocably conflicted. This wasn't the case when he appeared 1st time around. He's building a nice victimhood narrative which his adherents would readily believe. If Zondo was white, he would racialise it too

Now it’s personal and you need to step down, Zuma tells Zondo

When the commission of inquiry into state capture began its work under deputy chief justice Raymond Zondo just over two years ago, it was the belief ...
Opinion & Analysis
1 year ago