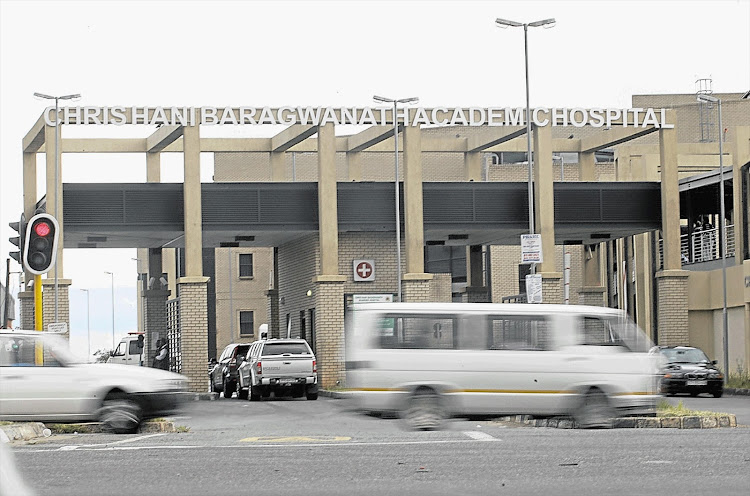 The Gauteng government has assured people on Gauteng's West Rand that the AngloGold Ashanti Hospital, donated by the mining company as part of the response to Covid-19, will permanently contribute to the provision of quality health care in the area.

This follows after acting health MEC Jacob Mamabolo completed a preliminary audit of Covid-19 health structures that Gauteng remains committed to investing in legacy projects beyond the Covid-19 pandemic through major refurbishments and additional beds at existing hospitals.

“The fund will be used to provide rapid and targeted actions to support the health-care sector in efforts to flatten the curve of infections and provide humanitarian support to vulnerable households and communities,” said AngloGold Ashanti.

Mamabolo said: “AngloGold Ashanti Hospital is one such long-term investment for the Gauteng health system and the West Rand community.”

He said the facility will be a 175-bed hospital and will likely be classified as a regional hospital.

The DA in Gauteng has called on Premier David Makhura to immediately suspend the province's health head, Prof Mkululi Lukhele
Politics
1 year ago

“The facility will address the dire shortage of critical care beds in the West Rand district and relieve pressure from both Leratong and Carletonville hospitals. It will form part of the Charlotte Maxeke Johannesburg Academic Hospital cluster focusing on general medicine and will also cater for mental health patients,” he said.

“AngloGold Ashanti Hospital forms part of an important intervention to ensure that the community of West Rand is left better off post the pandemic, as they will have access to better infrastructure going forward,” he said.

Mamabolo added that the Gauteng department of health had taken advantage of the Covid-19 pandemic to strengthen hospital cluster collaborations and bed management.

The clusters are led by the four academic hospitals:

Last week the Mail & Guardian reported that Gauteng department of health is pumping about R500m into the hospital.

The newspaper reported that the expenditure is only the start of the project to convert a former mine hospital into a 174-bed intensive care facility.

In April, AngloGold Ashanti made available a fully equipped 270-bed West Vaal facility near Orkney in the North West and a hospital at West Wits near Carletonville, west of Johannesburg.

The West Wits facility had been closed for a number of years following restructuring of gold mining operations in the region.

AngloGold Ashanti had also pledged R20m to the Solidarity Response Fund, an independent initiative, registered as a public benefit company and supported by business, civil society and the government.

The project centres on the refurbishment of the AngloGold Ashanti Hospital in Carletonville and is part of a R2.5bn spend by the provincial department of infrastructure development to improve health-care infrastructure.

DA spokesperson on health in Gauteng, Jack Bloom, said he will not retract a statement he made last week alleging financial mismanagement at the ...
News
1 year ago

Gauteng has already initiated disciplinary steps and civil action against senior government officials implicated in wrongdoing in line with the ...
News
1 year ago

As the ANC in Gauteng mulls over the fate of health MEC Dr Bandile Masuku, his department has lauded stakeholders who have donated more than R322m in ...
News
1 year ago