Wearing a dark blue suit and white shirt, he and his company were charged with fraud and corruption involving about R800,000. Former Bosasa COO Angelo Agrizzi is a co-accused but did not appear in court.

The state told the court that it did not oppose bail.

Smith told the court that he had no previous convictions or pending cases and that it was the first time he was appearing before a criminal court.

He was warned that he was under no obligation to reveal anything related to the case. 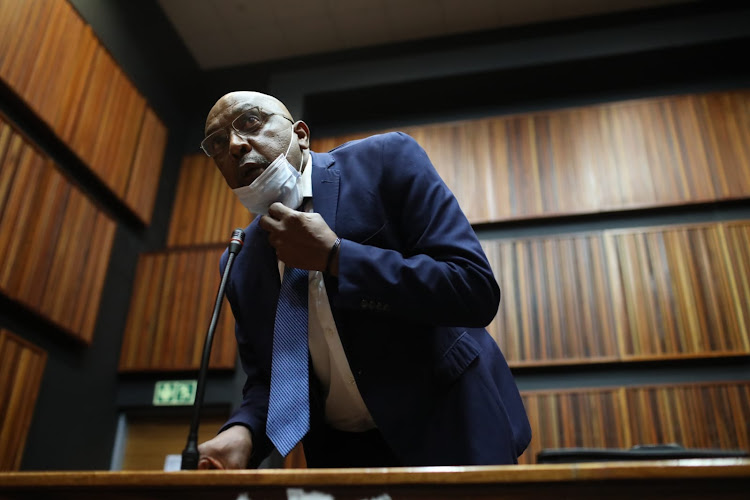 In an affidavit read out by his lawyer, Smith said that he was 60 years old and lived in Johannesburg with his son and nephew. He said he was a pensioner.

He strenuously denied the allegations against him. He said he would stand trial and was determined to prove his innocence. He added that he had no desire to evade justice and would not interfere with the case.

He indicated that he was willing to pay bail of R20,000 but bail was eventually fixed at R30,000. He was ordered to hand over all travel documents, including his passport.

The matter was postponed to October 14, when he is expected to appear alongside Agrizzi.

Smith and Euroblitz 48, a company of which he is the sole director and shareholder, and Agrizzi face charges of corruption and fraud. The state claims that the former ANC MP received “gratifications” from Bosasa, on the instruction of Agrizzi or the late Gavin Watson, former CEO of Bosasa.

During earlier testimony at the state capture inquiry, Smith dismissed claims that he had received a loan of more than R600,000 from Bosasa.

He argued that he had made an arrangement with Agrizzi to pay his daughter's tuition fees.

Former MP Vincent Smith shot down claims that he received a R615,000 loan from Bosasa, arguing instead that he made an arrangement with the company’s ...
Politics
1 year ago

Smith has held senior positions, including chairing the standing committee on the auditor-general, and the correctional services committee. Most recently, in the previous parliament, he chaired the ad hoc committee on amending section 25 of the constitution to allow for expropriation of land without compensation

Bosasa, a facilities management firm, is estimated to have raked in about R12bn in government tenders between 2003 and 2018, largely managing several prisons and the Lindela Repatriation Centre.

Evidence heard at the state capture inquiry has detailed how Bosasa and its top executives granted questionable loans and gifted millions of rand to some ANC leaders, with the governing party also benefiting as an organisation.

Bosasa went into voluntary liquidation in February after several financial institutions opted to close the company's bank accounts as the banks sought to distance themselves from the corruption allegations.

A senior ANC politician was expected to hand himself over to the police in Gauteng early on Thursday in connection with corruption charges related to ...
Politics
1 year ago