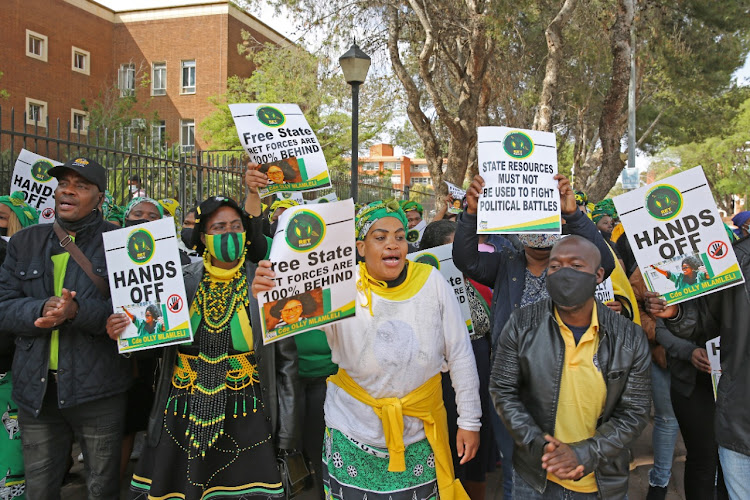 Sarah Mlamleli's supporters chanted struggle songs outside court in Bloemfontein where the former mayor is appearing with six other people in connection with alleged tender fraud.
Image: Sunday Times/Thapelo Morebudi

ANC officials in the Free State are locked in meetings to decide what should happen to ousted Mangaung mayor Sarah Olly Mlamleli following her arrest in connection with a multimillion-rand asbestos tender.

The decision that must be taken is whether she should step aside — as decided by the ANC national executive committee (NEC) last month regarding officials who face criminal charges — or allow the law to run its course before action is taken against Mlamleli.

“The officials convened urgently to look into the matter. They are looking at the developments and what decision will be taken. The provincial working committee and the provincial executive committee (PEC) will be briefed on the course of action,” said Meeko.

Mlamleli, a PEC member, was arrested on Wednesday in connection with the R255m tender for the assessment and audit of houses with asbestos roofing in the province in 2014.

She was due to make a court appearance with six others, including Edwin Sodi, CEO of Blackhead Consulting, the company involved in the lucrative 2014 contract. 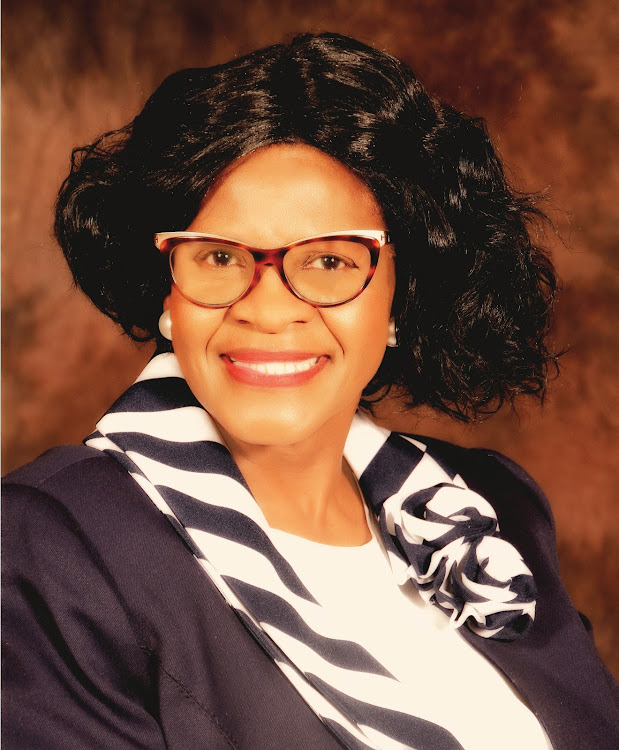 Ousted Mangaung mayor Sarah Olly Mlamleli could be asked to step aside as an ANC Free State provincial exeuctive committee member after her arrest in connection with a controversial tender.
Image: mangaung.co.za

Malefu Mofokoeng, speaking on behalf of ANC supporters outside court, said: “We are in support of Sarah Mlamleli, who we believe was targeted because of a political ploy.

“We believe they are going after people who are close to Ace Magashule and we won't take it.”

Asked about the allegations of millions being siphoned away during the asbestos project, Mofokoeng gave a vague answer. She questioned why it was only now that these issues were surfacing.

“This thing has been around for a very long time. The issue of service delivery should be directed at officials — not Ms Mlamleli, who is a 'politician and not an official'.”

ANC members carried placards outside court reading, “State resources must not be used to fight political battles” and “Hands off”.

Meeko said the officials were looking at how to implement the decision taken by the NEC last month that those who face criminal charges must step aside. However, Meeko said the ANC constitution also states that a person is innocent until proven guilty, a fact officials had to take into account.

Meeko said there was more than one issue being dealt with by the state capture inquiry.

“We do not want to react only on one issue, namely the arrest of Ms Mlamleli. We are still looking at all those issues. As soon as a decision is reached, the public will be informed about the action that has been taken,” Meeko said.

Mlamleli was removed as mayor of Mangaung in August following a no confidence vote against her.