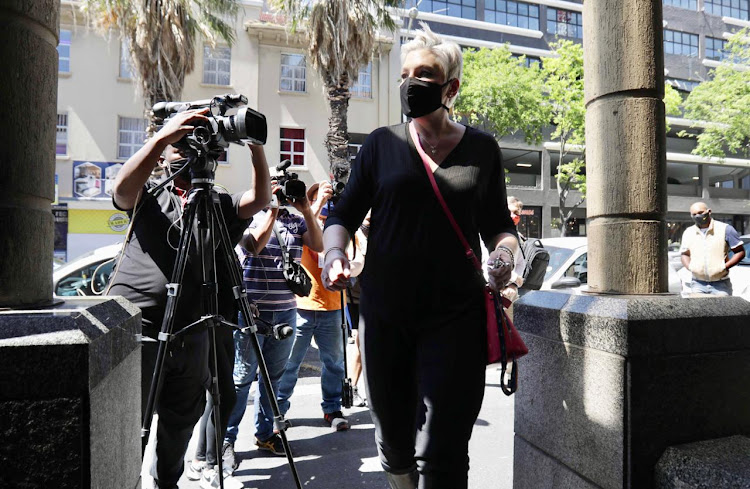 The DA has called on police minister Bheki Cele to take action against EFF leader Julius Malema and party MP Nazier Paulsen for their tweets about the recent violence in Senekal, Free State.

On Wednesday, Malema tweeted a video of the protests, and called on EFF “ground forces” to attend the Senekal magistrate's court proceedings on October 16 to “defend” state property and democracy.

“Since the government of [President] Cyril Ramaphosa is scared to act decisively, we are on our own. Next appearance, all ground forces and peace-loving South Africans will be in attendance  in defence of our democracy and property. Magwala a chechele morago (move over cowards)!" he captioned the video.

Paulsen posted a picture of a gun alongside the caption: “Get ready."

Malema and Paulsen's tweets were in response to the protests by farmers in Senekal last week. A police vehicle was set alight and court property damaged during the court appearance of two men accused of murdering 21-year-old farm manager Brendin Horner.

The trial was postponed to October 16 for a formal bail application.

The DA laid criminal charges against Malema and Paulsen at the Cape Town Central police station on Monday, saying: "The SA Police Service can no longer sit on its hands and ignore Malema’s violence, especially in light of the swift action and vigour in which the police pursued the alleged instigator of the violence in Senekal."

On Sunday, DA chief whip Natasha Mazzone said the tweets were blatant attempts by the EFF to incite further violence, and called for Cele to ensure Malema and Paulsen's “war talk and incitement to commit violence is investigated criminally”.

“In the absence of accountability for the actions and utterances, they [Malema and the EFF] feel increasingly emboldened to say and do what they want. South Africans are sick of it. It is time the minister of police and the president of the country make their voices heard. The DA will not rest until this happens,” Mazzone said.

She said their behaviour was “deplorable”, and that anyone who incites violence and encourages the destruction of property should be apprehended and condemned.

“We cannot allow anyone who stirs up violence among our people to go unchallenged. The DA urges the ethics committee to investigate both Malema and Paulsen’s tweets and conduct. For a party that has thousands of followers on social media, such conduct is highly irresponsible,” she said.

Responding to Mazzone on Twitter, Malema told a follower: “They won't do anything, nothing at all. Waste of ink."

They won't do anything, nothing at all. Waste of ink

Paulsen asked if Mazzone would also lay charges against DA leader John Steenhuisen for liking a picture of AfriForum's Ernst Roets firing a gun at a shooting range.

Head girl @Natasha9Mazzone look at what Johnny did. Are you laying a charge against him as well? https://t.co/XzXpDmeoXs

This week's events in Senekal, where farmers attacked a police station to vent their anger at the gruesome murder of a young farmer, are a further ...
Opinion & Analysis
1 year ago

Is Malema dividing SA with calls for 'ground forces' to attend Senekal trial? Mzansi weighs in

Calls by EFF leader Julius Malema for his “ground forces” to attend the Senekal trial on October 16 to “defend” state property and democracy has ...
News
1 year ago