67% of overall Covid-19 spending by the government is under investigation, one arrest expected this week 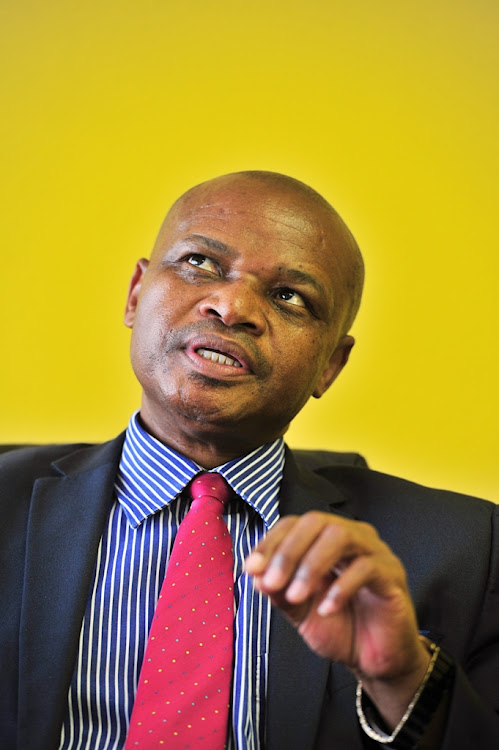 The CFO of the department of correctional services, Nick Ligege, is being investigated by the SIU for allegedly awarding PPE tenders worth more than R50m to 23 companies linked “to (his) friends and family members”.

This was revealed in parliament on Tuesday by the SIU head advocate Andy Mothibi and his team during a meeting with the legislature's public accounts committee (Scopa).

Mothibi and his team told MPs that they had received the allegations against Ligege in August and immediately commenced with the investigation against him.

Ligege could not be reached for comment at the time of publication and his reaction will be included in this article once received.

The SIU, along with other law enforcement agencies such as the Hawks, the National Prosecuting Authority and the Financial Intelligence Centre, were briefing Scopa on the progress they were making in the battle against Covid-19 corruption.

The head of the Hawks, Lt-Gen Godfrey Lebeya, reported that they would be a making a Covid-19 corruption-related arrest on Thursday.

Mothibi also told MPs that the SIU had approached the Special Tribunal to declare the R139m PPE contract between Ledla, Royal Bhaca and the Gauteng health department invalid.

The SIU has detailed the extent of the rot at Eskom before parliament, including how four officials pocketed R44m as "gratification" related to ...
News
1 year ago

The matter relates to the awarding of a PPE contract to companies owned by Thandisizwe Diko, who is married to suspended presidential spokesperson Khusela Diko, by the department of health at a time when it was under the leadership of former MEC Bandile Masuku. The Dikos and the Masukus are family friends and Masuku has since been fired from his job after the SIU made several findings against him.

The SIU was aiming “to freeze approximately R26m as the proceeds of unlawful activities” held in the accounts of Ledla and Royal Bhaca.

They were also seeking to freeze the pension payout of between approximately R500,000 and R700,000 of the former CFO of the Gauteng health department, Kabelo Lehloenya, who resigned at the height of the scandal in June.

Mothibi said in total, they were probing 930 cases related to PPE corruption across the country in which all three entities and departments from all three spheres of government were implicated.

The documents the SIU tabled at the Scopa meeting showed that of the R15.6bn that government spent on Covid-19 between April and August, R10.5bn was the subject of its investigations, largely related to PPE irregularities.

Corruption has always been rife in the health sector. Covid-19 just hoisted the flag.
News
1 year ago

“Against the R15.6bn, what is currently being investigated by the SIU - and this is again on provincial and national department levels - currently under investigation is R10.5bn, representing 67%," said SIU CFO Andre Gernacht.

Mothibi said the figures were expected to rise as they picked more allegations or matters to investigate.

Gauteng topped the list of provinces with the highest value of PPE contracts under investigation, followed by KwaZulu-Natal and Limpopo.

Scopa chairperson Mkhuleko Hlengwa said “what we're hearing today is grand looting of the highest order”, urging enforcement agencies to be unrelenting in going after the alleged looters.

“This kind of corruption is actually a crime against humanity.”

The ANC's Bheki Hadebe said “2020 must be the year of orange overalls”.

The Special Tribunal on Friday granted the Special Investigating Unit permission to institute proceedings against two contractors that were allegedly ...
News
1 year ago

Makhura 'under pressure' to appoint a replacement for Bandile Masuku

Gauteng premier David Makhura is expected to come under pressure from the ANC provincial executive committee to appoint a replacement for former MEC ...
News
1 year ago