'I cannot help but be concerned,' says Mkhize on Covid-19 resurgence, other politicians who've tested positive 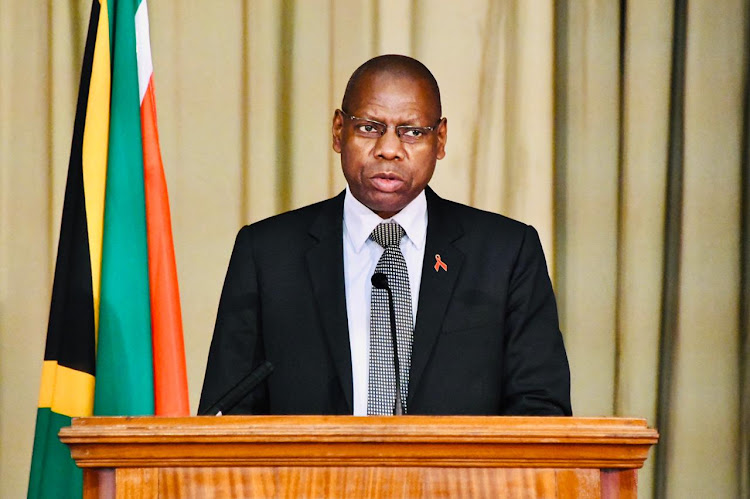 Mkhize, who is quarantining after testing positive for Covid-19, warned about the high risk of a Covid-19 resurgence based on epidemiological data.

He said after reading and analysing the country’s reports, he was extremely concerned.

“As the minister of health, I cannot help but be concerned,” he said. “Fellow South Africans, when we emphasise that the risk of a resurgence remains high, we do not do so to instil fear in you.”

“We are also seeing concerning increases in some of the provinces. To illustrate this, in the last seven days, there was a marked increase in the number of new cases in the Western Cape.

“The province recorded a 42% increase in new infections. According to our resurgence plan, we define this significant spike in new cases in the Western Cape as a resurgence,” said Mkhize.

He said the Western Cape provincial health department identified specific clusters responsible for the increase in cases and has advised that each of these clusters has been investigated and a detailed outbreak response is being mounted.

The students tested positive for the virus amid allegations of non-compliance with level 1 regulations where masks were not worn, social distancing was not observed, and sanitising of hands not done at a tavern in Quigney, East London.

The campaign was launched after 30 Fort Hare University students tested positive for Covid-19.
News
1 year ago

Mkhize and his wife, Dr May Mkhize, tested positive for Covid-19 on Sunday. His wife was discharged from hospital on Wednesday.

The minister is among other ministers and politicians in the country who tested positive for Covid:

The leader of the African Christian Democratic Party (ACDP) and party's chief whip in the National Assembly tested positive for the virus in March.

The minister of trade, industry and competition tested positive for Covid-19 in July.

The deputy justice minister tests positive for Covid-19 in June.

The Western Cape premier tested positive in July, after coming into contact with eNCA camera journalist Lungile Tom, who later died of the virus.

The DA's leadership contender tested positive for the virus in July and a week later was back in hospital with extreme chest pains. She has since recovered.

Officials in the Bloemfontein-based Mangaung municipality are worried because of a sharp increase in Covid-19 cases in the past week.
News
1 year ago

SA’s astronomical Covid-19 corruption ‘is a crime against humanity’

Listening to SIU details of R10.5bn in dodgy deals prompts one MP to say: ‘Make it the year of orange overalls’
Politics
1 year ago