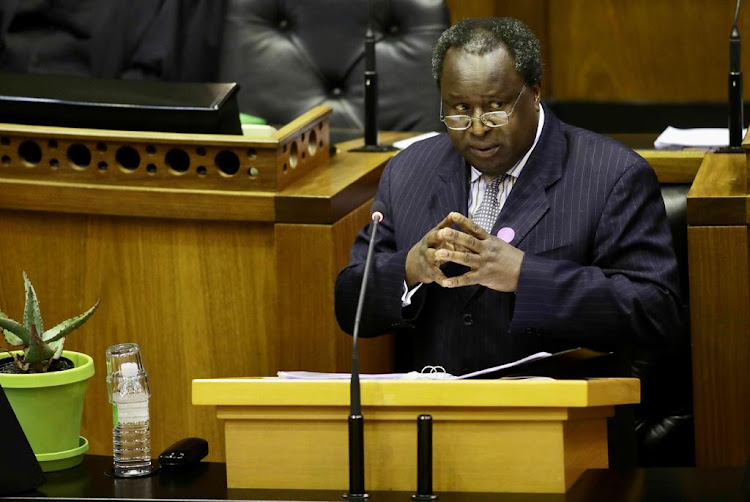 The government is projecting tax increases of R5bn in the next financial year as decreasing tax revenue and increasing debt to fund high spending bite.

This will be the first of R40bn in tax increases government seeks over the next four years.

It is also warning that SA could default on its sovereign debt repayments if urgent spending cuts – including a drastic reduction in the public sector wage bill – are not implemented immediately.

In its review of the medium-term adjusted budget, the National Treasury said it was working to contain public spending which has increased by 4.1% annually over the past decade.

It is also trying to stabilise debt, now at just under R4-trillion and which is projected to reach R5.5-trillion in 2025/26.

The tax revenue shortfall is now R312bn, worse than was initially projected.

The government needs to borrow R774bn in 2020/21, which is R342bn more than it did in the previously financial year as Covid relief interventions pushed the budget deficit to 15.7% of GDP.

It is also looking at increasing taxes. “To assist with fiscal consolidation, government has projected tax increases of R5bn in 2021/22.”

The Treasury did not immediately go into detail as to which taxes are likely to increase.

Spending cuts of R300bn over the next three years have been identified, mainly through a reduction in the public sector wage bill, cutting unnecessary spending by departments and reducing bailouts to state owned entities.

The state wants to shift spending from consumption to investment to boost economic growth. It is reducing allocations to defence, state security and home affairs, decreasing transfers to provinces and municipalities, and increasing spending on economic development.

If it sticks to expenditure targets, borrowing requirements will decrease to R602bn in 2021/22, translating to a reduced budget deficit of 10.1%. It projects a further decrease in borrowings in 2023/24, which will bring the budget deficit to a more manageable 7.3% of GDP.

Finance minister Tito Mboweni has allocated more than R10bn to finance the business rescue of SAA after he opted to cut salary budgets of government ...
Politics
1 year ago

The government is targeting a budget surplus in 2025/26. If these savings are not achieved, SA could default on its sovereign debt obligations.

“Without implementation of the proposed fiscal consolidation plans and higher economic growth, the probability of a debt default will increase over time,” the Treasury cautioned.

The biggest risk to overall financial health is failure to contain the spiralling public sector wage bill. The government is fighting it out in court with public sector unions over its refusal to implement the final leg of a costly wage agreement signed in 2018.

The government has proposed moderate wage increases for the remainder of the wage agreement, and a three-year freeze in public sector salaries thereafter.

“Narrowing the deficit and improving the composition of spending requires reductions in the growth of the wage bill, which accounts for about one-third of the consolidated budget. Salaries for civil servants have grown by about 40% in real terms over the past decade,” the Treasury noted.

The National Treasury has called for “high-level policy discussions” on the size of government departments and public entities; financial support to ...
Politics
1 year ago

High debt service costs also remain a threat to growth, and the fastest growing item of state expenditure, consuming 21 cents of every rand government spends. If the fiscal situation does not improve, South Africa could default on its debt.

“Failure to address the deterioration in the fiscal position could lead to a sovereign debt default, which would result in a reversal of many gains of the democratic era.”

In the special adjustment budget in June, Mboweni warned that SA risked a fiscal and sovereign debt crisis similar to those faced by Zimbabwe, Argentina and Greece, if things continued in the same way.

The government is pinning its hopes on a rapid implementation of the economic recovery plan whose main focus is expanding electricity generation, building infrastructure, allocating high-demand spectrum, supporting industrial growth and local manufacturing, and ramping up employment.

The finance minister is a reformer, but is hemmed in on all sides, and most of all by his own team
Opinion & Analysis
1 year ago

Public sector wage freeze mooted for the next three years

Finance minister Tito Mboweni has proposed a public sector "wage freeze" for the next three years, in a move that's likely to spark a new political ...
Politics
1 year ago

Deeper debt trap looms as all eyes turn to Tito