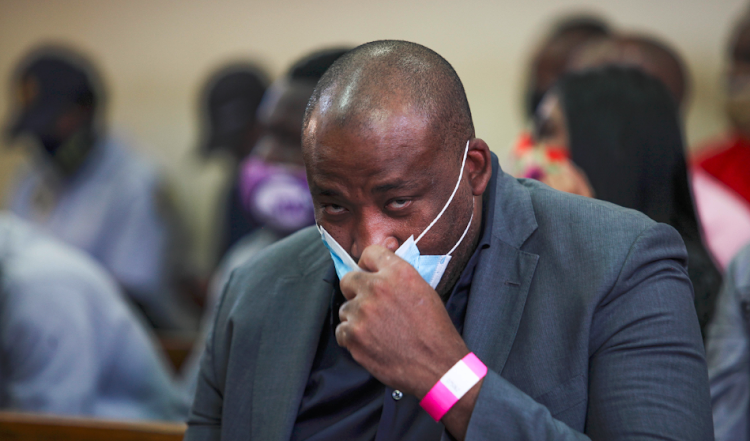 McKenzie cautioned Sauls that should he get there and forget about his mandate because of the comfort that comes with power, he will be out as fast as he came in.
Image: Gallo Images/Sharon Seretlo

Phillips was MMC for economic development.

Sauls, who is popularly known as “Oom Biza”, will be sworn in on Monday, said McKenzie, who added that the PA will then inform Mayor Geoff Makhubo that there was a new MMC member in town.

McKenzie cautioned Sauls that should he get there and forget about his mandate because of the comfort that comes with power, he will be out as fast as he came in.

“We are sending you, the people are sending you, to go and be a councillor on Monday at 8.30am,” said McKenzie. “At 12pm on Monday, after your swearing in, we are writing to mayor Geoff Makhubo to say the PA is appointing 'Oom Biza' as the new MMC of economic development in Johannesburg.

“Oom Biza, I always tell our people, this post comes with blue lights, drivers, full-time staff around you, a PA, political adviser ... so it is a glamorous role,” he went on.

“I have seen those things change people but I have no doubt that is not going to happen to you. But if it happens, I want you to know, the same way you will slide in there on Monday, you will slide out because we are tired of sell-outs.”

McKenzie told TimesLIVE  on Thursday that the “sell-outs” he was referring to were not people within the PA but “our people” who vote for the ANC and the DA.

“We are now getting ready for elections in 2021 and we decided Oom Biza for this era, he is  wartime guy, because we are under siege by some of our brothers and sisters but this man is a fighter,” said McKenzie.

During the announcement that Sauls is taking over, he told the new MMC to learn from him and not play with power because “now you are in charge”.

Phillips was not immediately available for comment and did not respond to a text message.