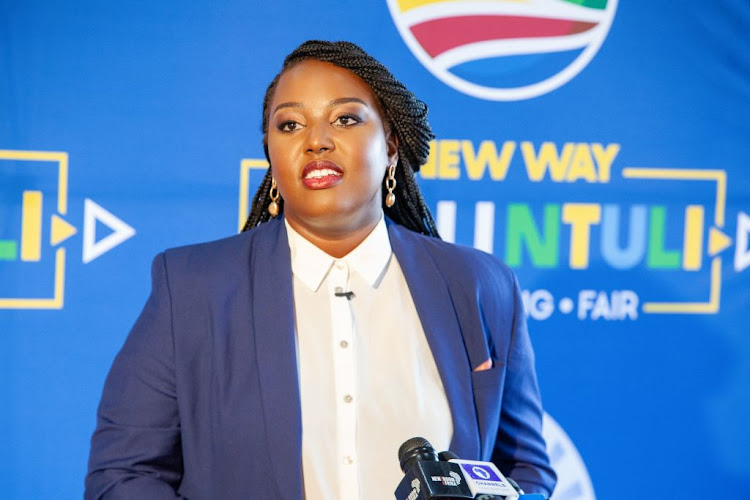 South Africans have had mixed responses to the outcomes of the DA congress which took place over the weekend.

Some are happy about his victory while others wanted Ntuli to win.

Steenhuisen, the former DA chief whip, took over as interim leader after the resignation of Mmusi Maimane in October last year.

“Congratulations to John Steenhuisen who has been elected as the new federal leader. So proud of the DA today! Now we get to the real work of making sure SA is a prosperous country for us all,” she tweeted.

Ntuli's supporters commended her for challenging for the position and running what her backers have called an effective campaign.

Steenhuisen has committed to “fixing” SA and has thanked DA delegates for entrusting him with the responsibility of leading the country's second-biggest party.

During his acceptance speech on Sunday, he admitted the race to become DA leader was not easy.

Social media was filled with reactions to the election outcome, with many sharing their hopes for the party going forward.

Steenhuisen's supporters expressed optimism that he will offer South Africans a real alternative in politics.

Congratulations John Steenhuisen voted in as the federal leader! Its onwards and upwards from now on!

Congratulations to John Steenhuisen (@jsteenhuisen) for being elected as the new DA Leader. What should happen now is to offer South Africans a viable alternative and not focus on the race hustlers who thrive on dividing the country. 🔥🇿🇦#DACongress #johnsteenhuisen

I wish you all the BEST! pic.twitter.com/VR603poumJ

Ntuli may have lost, but her supporters said they were motivated by her courage.

Well done, Mbali @mbalimcdust. A fighter. A flame. A leader. It was something to see. It was necessary. Thuma mina. Sithume wena gal. Siyabonga x https://t.co/g7xnIBLAUD

To @mbalimcdust, thank you for making me excited about SA politics again. I do hope you continue to fight for a vision that inspired so many people in the party and the country. I look forward to following your career, up to the point where I can vote for you on a national level.

Mbali Ntuli’s story is bigger than the DA. We must celebrate those who kick doors even when the odds are against them. The contestation was also good for the DA

Congratulations to @mbalimcdust for running one of the best and effective campaigns in the history of politics. I take of my hat to you and I am proud to have supported you. #DACongress #RealHopeAndChangeNow

DA MP Phumzile Van Damme said on Saturday  she was proud to vote for Ntuli and said her campaign had resonated with her in a time of “despair.”

“We so often forget that voters don't give us their support because of what you say but how you make them feel. Kindness, empathy and compassion matter deeply. Keep reaching for hearts, I know you won't forget,” she wrote.

DA leader hopeful Mbali Ntuli has made one last plea for the delegates at the party's congress to vote for her vision of a “kind, strong and fair” ...
Politics
1 year ago

Contender for the position of DA leader Mbali Ntuli suffered her first major defeat at the party's virtual conference on Saturday after her proposal ...
Politics
1 year ago

We failed you before but never again, new DA boss Steenhuisen vows

The days of breaking trust with South Africans are over, he says after landslide victory over Mbali Ntuli
News
1 year ago