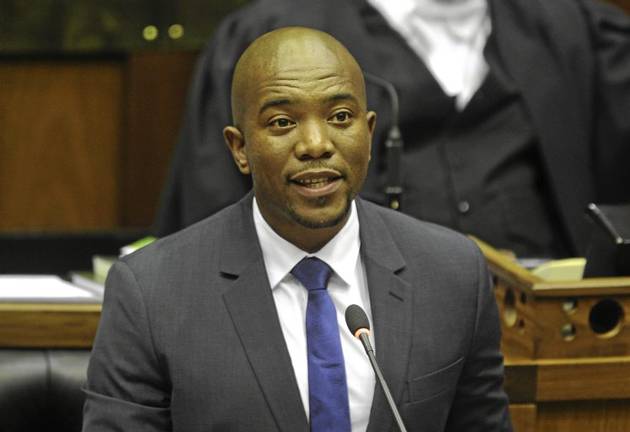 One SA Movement leader Mmusi Maimane has weighed in on the outcome of the US elections.
Image: GALLO IMAGES

One SA Movement leader Mmusi Maimane has become the latest politician to weigh in on the recent US elections which saw former vice-president Joe Biden and senator Kamala Harris emerge as president-elect and vice president-elect.

“Colonialism values, apartheid values are not coming back in fashion. They are being rebuked by the world, especially by the youth. Those with ears have heard,” he tweeted.

In a separate tweet, Maimane said those seeking to “start race wars in SA” and adopt defeated president Donald Trump's leadership style should take notes from the US election.

I believe the saying is “it will end in tears”.

Trump and his supporters have opposed Biden's victory.

On Wednesday, Trump falsely claimed victory over his Democrat challenger.

After Biden was announced the winner, Trump tweeted that he won the election “by a lot", citing that millions of votes were not counted and that mail-in-ballots were sent to people who “didn't need them".

I WON THIS ELECTION, BY A LOT!

Meanwhile, Biden called for unity among his and Trump's supporters.

Now that the campaign is over—what is the people’s will? What is our mandate?

The Bible tells us that to everything there is a season — a time to build, a time to reap, a time to sow. And a time to heal.

This is the time to heal in America.

It’s time to put away the harsh rhetoric.

To lower the temperature.

To see each other again.

To listen to each other again.

Paula White, spiritual adviser of outgoing US president Donald Trump, and “African angels” are trending on social media after Trump lost the US ...
News
1 year ago

'Did those African angels ever show up?': Twitter mocks prayer for Trump to win US elections

Paula White, spiritual adviser of outgoing US president Donald Trump, and "African angels" are trending on social media after Trump lost the US ...
News
1 year ago

'God has blessed us with a girl': Mmusi Maimane and wife, Natalie, welcome their third baby

Mmusi Maimane and his wife, Natalie, have welcomed the birth of their third child.
News
1 year ago