Ndlozi slams Fikile Mbalula for canvassing for votes in 'shacks'

The minister denied the house was a shack and said the government is working hard to provide decent housing for all. 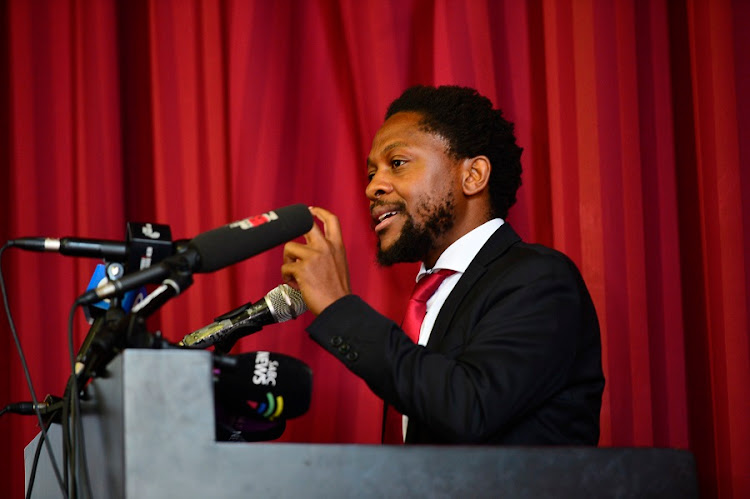 Ndlozi on Monday responded to a video of Mbalula campaigning for the upcoming by-elections in Mofulatshepe in the Free State.

The Electoral Commission said it is all systems go for the by-elections to take place on Wednesday in 95 wards across the country. The elections were set to be held in March but were delayed due to the Covid-19 pandemic.

In the video, Mbalula, who is wearing a face mask, can be seen entering a house in the informal settlement. He expressed confidence that people will vote ANC on Wednesday.

“Shame on you, Fikile Mbalula! How completely inhuman must you be to proudly video yourself walking into shacks 26 years into a democracy? Even vowing you'll still be voted into power despite your utter neglect of the dejected black masses? The audacity shows how apolitical you are!” Ndlozi wrote.

Shame on you @MbalulaFikile! How completely inhuman must you be to proudly video yourself walking into shacks 26 years into democracy?Even vowing you’ll still be voted into power despite your utter neglect of the dejected black masses?

The audacity shows how apolitical you are! https://t.co/pPrd8qr6ch

Gcinusapho tweeted: “Ballot boxes reach the villages in 0.5 seconds, 26 years later - water shortages, pit toilets, inaccessible gravel roads are still the order of the day! The poor masses live in abject poverty with nothing but empty promises and their pictures splashed all over the social media!”

The minister denied the house he was recorded campaigning at was a shack.

"While we do campaign and interact with people in informal settlements, where people live in shacks, this was not one but an RDP unit."

He acknowledged that while millions of RDP houses have already been built by the government, the demand remains high.

While we do campaign and interact with people on informal settlements where people live in shacks, this wasn’t one but an RDP unit.

Indeed it’s shameful that many of our people still live in shacks, the close now to 4 million RDP units over the years built aren’t enough. pic.twitter.com/CKFd5iEksX

Yes some of our people still live in shacks we working and building rdp houses everyday everywhere,Some people are facing removal from farms to urban areas.BIG Challenge yhis government is facing to give shelter to our people.

In January, Patrice Motsepe stirred controversy when he told Donald Trump that Africa loves him.
News
1 year ago

Ndlozi slams US elections unrest: How can you count votes with parties carrying rifles outside?

"If this was happening somewhere is Africa, international observer missions, particularly from US, would have declared elections as not free and ...
Politics
1 year ago