Former public protector Thuli Madonsela has slammed the violence that erupted outside Brackenfell High School in Cape Town on Monday, saying that students at the school should be left to “learn in peace”.

EFF members were protesting against alleged racism at the school when a violent confrontation ensued between them and a group of teachers and members of the community. One person was arrested.

Pictures and video of the violence were shared on social media, sparking strong reaction across the country. Some called on Madonsela to speak out on the incident.

Madonsela responded by calling for an end to the violence.

“Stop the violence. It is wrong. The law must take its course. Let the children learn in peace. There is anxiety already without drama,” she wrote.

She said that as public protector she had to “deal with the interruption of children's learning by people who were not learners” and said it was a “painful time” for all those involved. 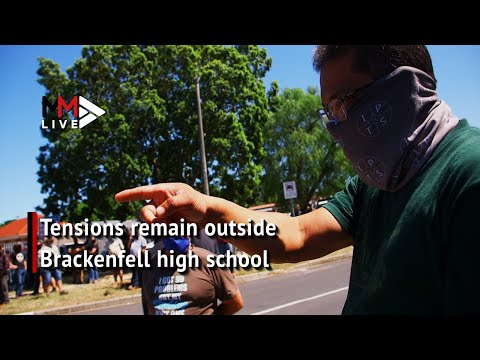 Stop the violence. It is wrong.The law must take its course. Let the children learn in peace. There is anxiety already without drama. As @PublicProtector I had to deal with the interruption of children's learning by people who were not learners. It was a painful time for families https://t.co/2gANmfKmUR

Thuli added that SA had the legal system to deal with such issues, without resorting to violence.

“We are better than this SA. We have a legal system with court interdicts, etc. On learners aggrieved by exclusion from a private party, there's a time for everything. It's exam time now. Let children write without the stress of angry strangers in view.”

Sunday Times Daily reported last week that an unofficial matric ball organised by parents at the school had stirred up racial tensions after it emerged it had been attended exclusively by white pupils.

The SA Human Rights Commission (SAHRC) said it was “shocked” and “disappointed” by the reports but condemned the violence that erupted outside the school.

“The alleged holding of a 'whites only' event, if true, is also strongly condemned. No-one should be allowed to bring back racial segregation to this country. The deep racial divisions of SA’s apartheid and colonial past cannot be healed while children are socialised separately on the basis of race and thus, as a nation, we will never be able to forge a SA where all are equal, free and are treated with dignity.

“The commission condemns the violence, especially as it occurred in full view of young people who should be preparing and dedicating themselves for end-of-year examinations that are expected to be difficult due to the interruptions caused by the Covid-19 pandemic and subsequent lockdown,” the statement added.