"Words completely and utterly fail me. We have lost a patriot" 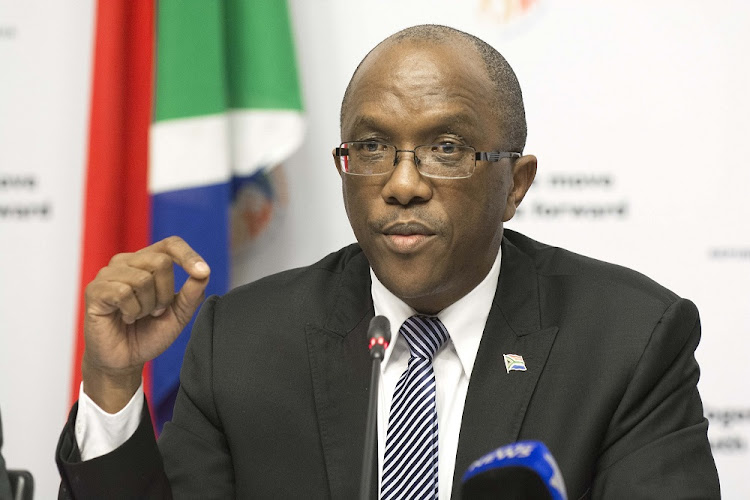 Outgoing auditor-general Kimi Makwetu's death on Wednesday has sent shock waves across the country and led to an outpouring of emotional tributes.

Makwetu died in hospital after a battle with lung cancer.

“It is with great sadness and shock that we announce the passing of auditor-general Kimi Makwetu this afternoon,” spokesperson Africa Boso said. “We ask the public to keep the family in their thoughts as they come to terms with his passing and to give them the privacy and space. When they are ready the family will share details of how they would like to honour their beloved husband and father.”

Makwetu, who was appointed by former president Jacob Zuma in 2013, was due to end his tenure in the office this month and was scheduled to appear in parliament last week for a farewell event. Unfortunately he was not able to attend because of his health.

Social media was flooded with tribute to Makwetu, with many politicians, friends and ordinary South Africans sharing emotional messages of what he meant to them.

“We were celebrating him just two weeks ago”

Only two weeks ago we celebrated Kimi Makwetu’s term as Auditor General and threw him a farewell party ☹️ As a country we recently deployed him to the United Nations Independent Advisory Committee #KimiMakwetu pic.twitter.com/qilsNPKfy7

“This is not the farewell we had envisaged.”

#KimiMakwetu set the bar very high. He gave credibility to Auditing and in him there was integrity, trust and lessons in the manner he steered the AG Office in its work.

He embodied respect and humility... like a duck he made it seem easy as he furiously peddled the water!

“He represented the best version of us”

Thembekile Makwetu represented the best version of us. A solid black professional who was true to his profession #KimiMakwetu

“Principled. Brilliant mind. Someone we can all learn from”

RIP AG #KimiMakwetu
Son of the soil
Corruptless
Principled
Brilliant mind
Someone we can all learn from
I'm saddened pic.twitter.com/4utu75oEmV

“Be kind to those you meet”

The lesson in this is that we do not know the personal battles that people are fighting everyday of their lives. Be kind to those you meet. #KimiMakwetu pic.twitter.com/EIdmlpd1OJ

Honoured to the end

Exactly three weeks ago, the #NCOP convened a special sitting where members of the NCOP expressed their profound appreciation for #KimiMakwetu 's tireless efforts to clean government, especially in our municipalities! I am loss for words #RIPKimiMakwetu pic.twitter.com/FTG1NHEKdK

Auditor-general Kimi Makwetu has died, his office confirmed on Wednesday
Politics
1 year ago

Auditor-general Kimi Makwetu has lamented that the management of public funds at local government level was getting worse - including in the Western ...
Politics
3 years ago

Nelson Mandela Bay gets yet another thumbs down from auditor-general

The Nelson Mandela Bay municipality’s poor asset management and systems, shoddy record-keeping and inability to get a proper handle on its water and ...
Politics
3 years ago