Magashule has long argued that law enforcement agencies are targeting him for political ends, but on Tuesday told ANC top officials he would co-operate.
Image: ALON SKUY

ANC secretary-general Ace Magashule is expected to appear in the Bloemfontein magistrate's court on Friday morning in connection with the controversial R255m asbestos eradication tender in the Free State dating back to 2014.

On Tuesday, the Hawks confirmed that a warrant for Magashule's arrest had been issued.

Magashule is expected to first present himself before the Hawks offices in Bloemfontein on Friday morning before appearing in the Bloemfontein magistrate's court.

The former Free State premier is set to be charged under the Prevention and Combating of Corrupt Activities Act.

After news of the issuing of the warrant for his arrest, Magashule said he had been expecting the warrant to be issued.

Magashule has long argued that law enforcement agencies are targeting him for political ends, but on Tuesday told ANC top officials he would co-operate. 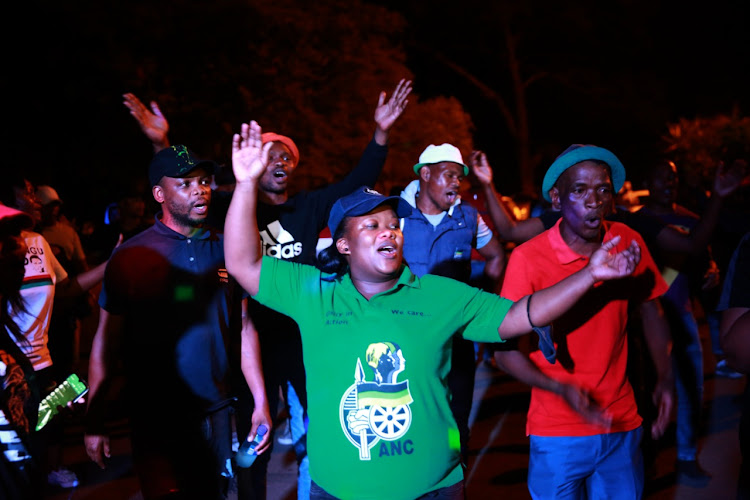 Supporters of ANC secretary-general Ace Magashule during a vigil in Bloemfontein on Thursday night. He will be appearing in court on Friday on charges related to an allegedly corrupt asbestos roof replacement tender.
Image: Thapelo Morebudi/Sunday Times

On November 10 2020, the Hawks issued a warrant of arrest for ANC secretary-general Ace Magashule. In October, seven others were arrested relating to the same multimillion-rand asbestos removal tender Magashule is being investigated for. Here's what you need to know about the Hawks' arrests and warrant for Magashule.

“If it happens, it happens. I’m not worried at all because I know I have not done anything wrong as a law-abiding citizen of SA,” Magashule said during an ANC door-to-door campaign in Soweto on Tuesday, before municipal by-elections on Wednesday.

Magashule's deputy Jessie Duarte and ANC treasurer-general Paul Mashatile said on Wednesday that Magashule will not step aside from his powerful position despite his scheduled appearance on corruption charges.

Mashatile said the ANC national executive committee was finalising its framework on dealing with its members facing allegations of wrongdoing.

This is despite the adoption of a resolution at the 53rd ANC national conference held in 2017 that leaders facing legal battles should be excluded from political activity.

Police in Mangaung have closed off roads leading to the court to ensure orderly proceedings.

Hundreds of ANC members descended on a park in Bloemfontein on Thursday evening to show their support for Magashule.

Ace Magashule is expected to appear at the Bloemfontein high court on Friday.
Politics
1 year ago