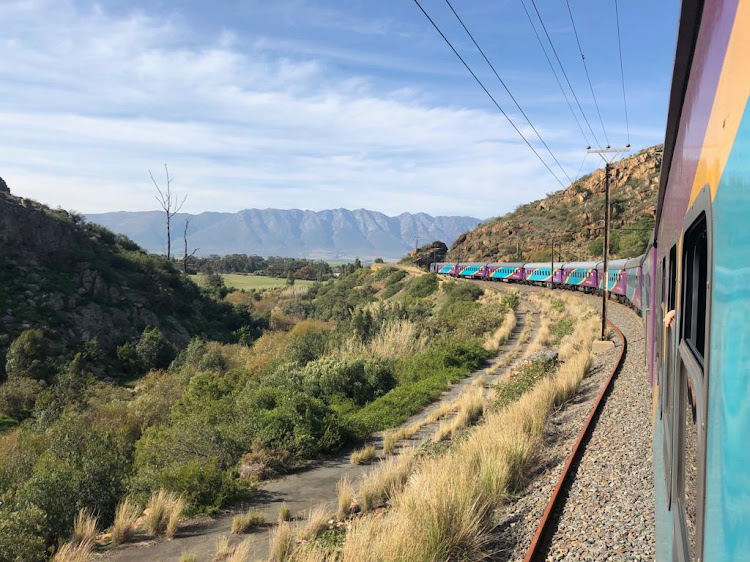 The parlous state of SA's long-distance railways has been laid bare by transport minister Fikile Mbalula.

Replying in writing on Tuesday to a question from DA MP Manny de Freitas, Mbalula said the number of trains running, passengers and punctuality all plummeted in the last two years.

De Freitas asked Mbalula about progress in the rail tourism sector over the past three years, and the minister said tourists used seven rail routes. These ran between Johannesburg and Cape Town, Durban, East London, Port Elizabeth, Musina and Komatipoort; and between Cape Town and Queenstown/East London.

Back on track: too-tall locomotives to leave SA for new home

Hobbled by height, court and lockdown obstacles, the Spanish locos are finally on their way to Tanzania
News
1 year ago

No infrastructure had been developed in the past three years, Mbalula said. The only upgrading that had been done was at Kroonstad station in the Free State, where the platform was tarred and the toilets and waiting rooms renovated.

Mainline trains stopped operating during the lockdown, and Mbalula said they would start running again from November 27, with all routes operating by December 4.

Covid-19 precautions meant no catering or bedding services would be provided on the trains. Every train would have an isolation coach, he said, and masks would be compulsory.

A limited Mabopane corridor train service resumed on Tuesday, and Metrorail in Gauteng said plans were on track for a limited Saulsville train ...
News
1 year ago

Union blasts Transnet over R9.9bn worth of irregular spending

The United National Transport Union (Untu) has fired a broadside at Transnet after the SOE’s financial statements showed irregular spending of R9.9bn ...
News
1 year ago