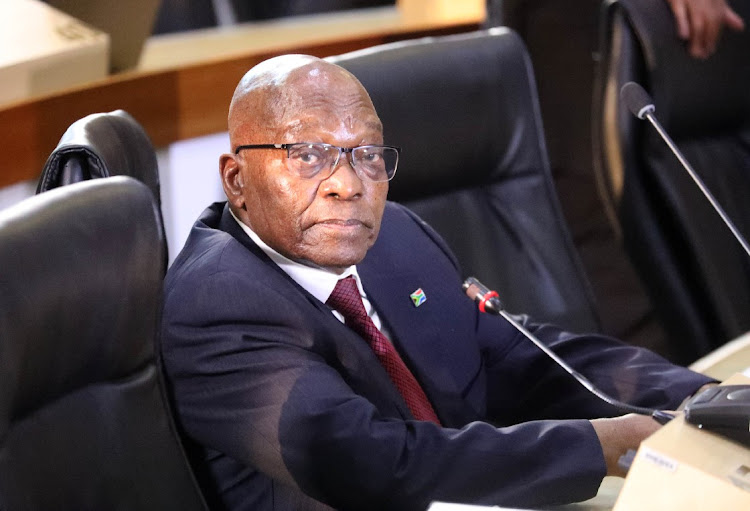 The secretary of the state capture inquiry has been instructed to lodge a criminal complaint with the police against former president Jacob Zuma. File image.
Image: ANTONIO MUCHAVE

This after Zuma walked out of the inquiry hearing last Thursday after Zondo ruled against his recusal application.

Zondo said the law is binding and it was not up to Zuma to excuse himself from the inquiry.

Zondo on Monday instructed the secretary of the inquiry to lodge a criminal complaint with the police against Zuma.

Deputy chief justice Raymond Zondo has requested for a criminal complaint to be laid against former president Jacob Zuma after his "walkout" last week. Zuma left the state capture inquiry without Zondo's permission on November 19 2020 after failing in his application to get Zondo, the commission chairperson, recused.

According to the Commissions Act of 1947, anyone absconding from summons to appear before such a forum, as Zuma did, is liable to a fine or even imprisonment of up to six months if found guilty.

Zondo further announced he will issue Zuma with new dates to appear again.

This move will be accompanied by an urgent application to the Constitutional Court to enforce such summons on Zuma.

Zondo said he was "very clear" about what he was doing and wanted to send a strong message that his commission was not a spaza shop.

The National Association of Democratic Lawyers of SA has been left perplexed by the Jacob Zuma Foundation's statement that the former president ...
News
1 year ago

State capture: Time not on Zondo's side as he deals with Jacob Zuma