Motshekga estimates 10% 'dropped out' of school due to Covid-19 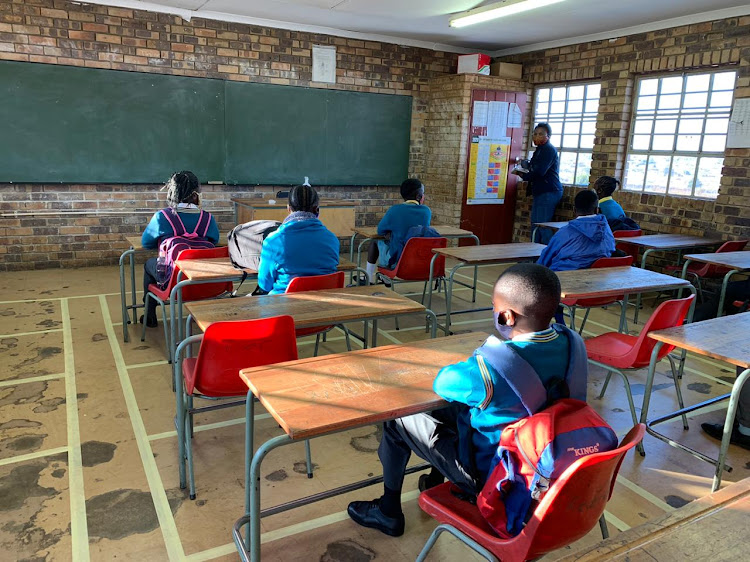 Minister Angie Motshekga said the school dropout estimation in the internal grades was about 10% to 20%.
Image: Iavan Pijoos

The basic education department estimates that at least 10% of SA pupils did not return to school after the hard Covid-19 lockdown.

But minister Angie Motshekga believes that while many “internal grades” — which accounts for all grades up to matric — didn't get a 100% return rate, this could be due to parents keeping their children at home with the intention to have them repeat their grades next year.

“I won't even call it dropout because it could be repetition,” said Motshekga on Friday.

“Some parents might have felt that my child has missed too much, I kept them [at home] too long, they have to repeat the grade,” she said, responding to a question about the matric dropout rate.

Motshekga said their dropout estimation in the internal grades was about 10% to 20%, which is very high compared to what they normally have.

That some schools with access to information and communications technology were running hybrid classes could have had an impact on the return rate.

She said numbers would be clearer when schools do admissions for next year, and then they would be able to say who has not returned.

Motshekga said up to grade 10, the department normally has a very good retention rate and that it is normally after grade 10 that pupils would leave the school system — to either go to technical and vocational education and training colleges or into other skills programmes.

The minister said in terms of matriculants, they returned in their numbers.

“Our matric turnout was quite good. It was the highest actually, strange enough,” she said.

The department told parliament last month that for the first time in the country’s history, more than 1 million candidates would sit for the matric exams.

This was because they are combined exams that will also cater for candidates who were meant to sit for the May/June exams, which were cancelled after the country went into lockdown because of the Covid-19 pandemic.

The government says it decided on a rewrite of two leaked matric papers to restore public confidence and protect the integrity and credibility of the ...
Politics
1 year ago

Basic education minister Angie Motshekga will on Friday provide a progress report on matric the examinations.
News
1 year ago

Matric maths and science papers to be rewritten

The matric mathematics paper 2 and physical sciences paper 2 are to be rewritten across SA.
News
1 year ago