State capture: Former acting Eskom CEO says outside influence could have been behind suspension of execs 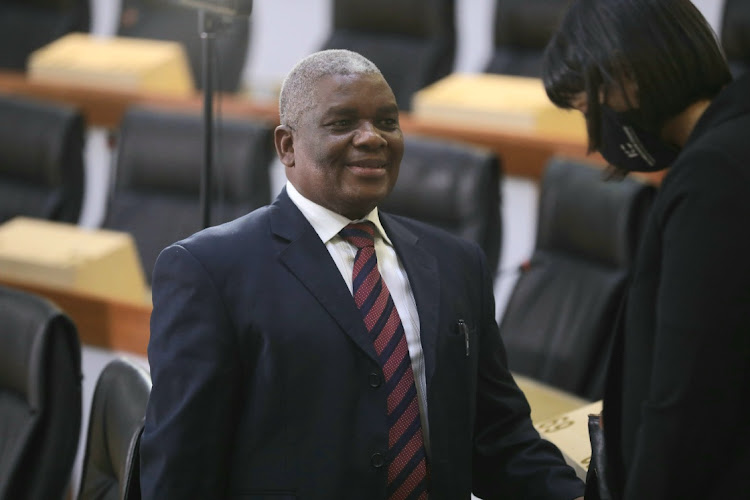 It was possible that the Eskom board which met on March 11 2015 and decided to suspended four executives might have been influenced by someone outside government.

This is according to former acting Eskom CEO and board member Zethembe Khoza. He was testifying before the state capture commission of inquiry.

His evidence centred on the suspensions of CEO Tshediso Matona, CFO Tsholofelo Molefe, group capital head Dan Marokane and head of technology Matshela Koko in 2015. Only Koko was reinstated.

Khoza, who was appointed to the board of Eskom in December 2014, testified that at the meeting on March 11 2015, the public enterprises minister at the time, Lynne Brown, discussed a number of issues which were of concern at Eskom.

“The issue of the load-shedding that was affecting the country, the economy and the people of SA [was discussed]. The second was financial issues at the time. The minister stated she received advice to say that Eskom might be unable to pay salaries by end of March.

'Brian Molefe is one of a kind,' says Ben Ngubane

Former Eskom board chairperson Ben Ngubane has rubbished assertions that he touted Brian Molefe’s name as CEO of the power utility before his 2015 ...
Politics
1 year ago

“The minister felt that we need to do a deep dive into the organisation so that we understand the issues on a first-hand basis,” Khoza said.

He said areas she identified were finance, load-shedding, the delay in the build programme and issues in procurement.

Commission chairperson deputy chief justice Raymond Zondo asked Khoza whether he would be concerned if - according to evidence by the former head of legal compliance at Eskom, Suzanne Daniels - somebody outside Eskom and the government knew the day before the meeting that certain executives were going to be suspended.

“I will be concerned about that,” Khoza said.

Zondo was referring to evidence Daniels presented, where she testified that she met Gupta associate Salim Essa and Koko at Melrose Arch in Johannesburg in March 2015.

Daniels testified that Essa, in the presence of Koko, who had called her, informed her that the four executives would be suspended.

Zondo said according to Daniels, Essa was asking for advice on how the executives could be suspended.

When asked by Zondo whether he knew about any plans for the suspension of the four executives, Khoza said he did not know.

Zondo told Khoza that about a month after the executives were suspended, Brian Molefe was seconded to Eskom.

“What you might not have known, as the board, is what I was told by [former MD of rail at Hatch] Mr Henk Bester a few weeks ago. He says in 2014 he met with Salim Essa on something unrelated to Eskom,” Zondo said.

He continued that one of the things Essa allegedly said, was that they had decided who should be installed as Eskom boss - that it would be Molefe.

He said he had heard evidence from witnesses alleging that, at certain stages, Singh and Molefe used to go to the Gupta house and used to get some money from that house.

“The question arises: was this board of which you were a member not being influenced, maybe manipulated from outside Eskom or government, to make certain decisions and allowed itself to be manipulated like that?”

Khoza said that based on the evidence Zondo had led, it was possible.

Eskom board members had less than 24 hours to individually make a decision on the pre-payment of coal procurement at R1.65bn per annum from ...
News
1 year ago