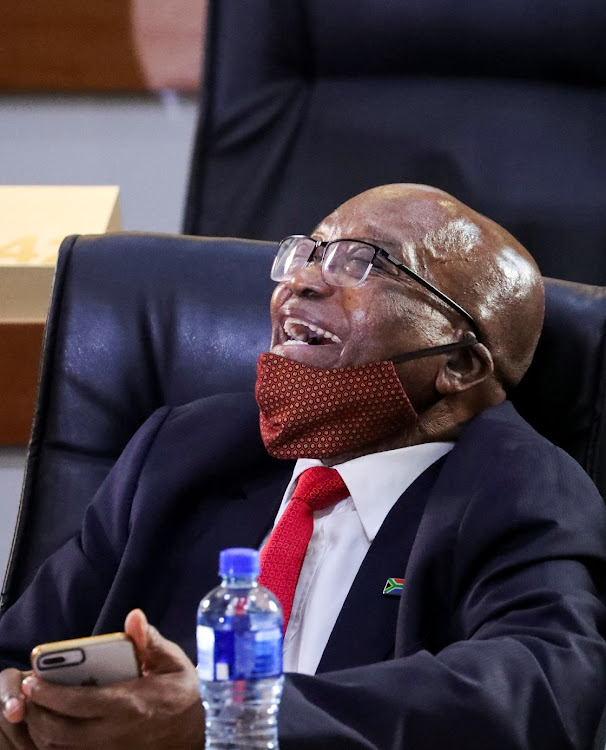 Former president Jacob Zuma said on Monday he would not be participating in the state capture inquiry’s urgent Constitutional Court case compelling him to abide by summons to appear before the commission next year.

Monday was the highest court’s deadline for Zuma to file an answering affidavit to the commission's application. Instead, his attorney Eric Mabuza filed a terse letter, comprising a single sentence.

“We are instructed by our client, President JG Zuma, that he will not be participating in these proceedings at all,” the letter said.

His snub of the ConCourt case means that when the application is heard on December 29, it will be unopposed by Zuma’s lawyers. However, the commission will still have to persuade the highest court that it should hear its application directly and to find in its favour on the merits.

The commission urgently went to the highest court two weeks ago after Zuma absconded from the commission — in breach of a summons to appear and testify.

The Constitutional Court will on December 29 hear an urgent application to force former president Jacob Zuma to testify before the state capture ...
Politics
1 year ago

Zuma, who had been summonsed to appear at the commission, walked out after his application for the recusal of chairman deputy chief justice Raymond Zondo was refused.

The commission has now issued two new summonses, for dates in January and February.

It then also went to the Constitutional Court asking it to order that Zuma comply with the new summons and that he must answer any questions put to him — “subject to the privilege against self-incrimination, and may not rely on the right to remain silent,” said the notice of motion.

“I do not believe that Mr Zuma will defy an order of this court,” said the commission’s secretary Itumeleng Mosala in a founding affidavit.

Mosala’s affidavit detailed the efforts made — from as far back as September 13 2018 — by the commission to invite Zuma to respond to allegations against him and secure his attendance to give evidence and to respond to the evidence of more than 30 witnesses that had, or may have, implicated him in state capture.

“Mr Zuma’s failure or refusal to appear before the commission totalled no less than five weeks of scheduled hearing time. This is apart from the dates of 16 to 20 November 2020, which were also lost as a result of Mr Zuma’s belated application for recusal and his walkout of the commission’s proceedings,” said Mosala.

The state capture inquiry must, in terms of a court order, deliver its report to President Cyril Ramaphosa by March 31. It has adjourned its public hearings for the year to resume early January.

The past week may not be remembered as the most dramatic in the history of the state capture commission, but it provided a baleful reminder of the ...
News
1 year ago

Raymond Zondo and Jacob Zuma: The man from Ixopo vs the man from Nkandla

Two men, both born into rural poverty in KwaZulu-Natal and raised by their mothers to eventually occupy the highest offices in the land, nonetheless ...
Opinion & Analysis
1 year ago

The name of former Free State premier Ace Magashule loomed large in the testimony of former human settlements MEC Mosebenzi Zwane on Friday at the ...
Politics
1 year ago